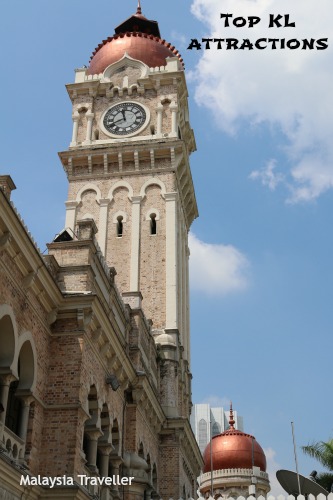 Want to know what are the top KL attractions? Perhaps you are new to Kuala Lumpur or just here for a short visit? What are the most popular things to do and places to see?

Here is my suggested list of the Top 10 best tourist sights in the city. People's tastes and interests vary so you may not agree with all of the top KL attractions on this list but hopefully there is something for everyone.

In no particular order: 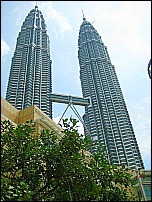 Probably the most famous and frequently photographed Malaysian landmark, this striking building was, for a time, the world's tallest at 452m. You can queue for a ticket to visit the skybridge but you do not really need to - the best place to admire the construction is at ground level from a spot in the adjoining park known as KLCC. A trip to the Twin Towers could include visiting the giant shopping mall (Suria KLCC) at the foot of the towers, the Petrosains museum, Aquaria (an impressive oceanarium) or even a concert at the Malaysian Philharmonic Orchestra. 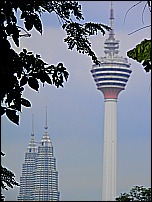 Another massive structure is the KL Tower, a 421m high telecommunications and broadcasting tower and one of the world's tallest. Built on top of a small hill, its height above sea level is 515m and you can get the best views of KL and the surrounding districts from its observation deck and revolving restaurant.

At the foot of the Tower is Bukit Nanas, a surviving area of rainforest in the heart of the city which is open to explore. 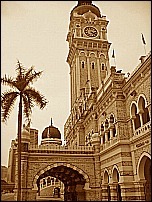 The copper-domed Sultan Abdul Samad Building on Merdeka Square in the heart of the city is probably KL's most recognizable landmark. Together with its neighbouring heritage buildings this is one of the capital's top tourist attractions.

Take a look at my Kuala Lumpur Heritage Trail page for a suggested itinerary covering the main highlights in this area. 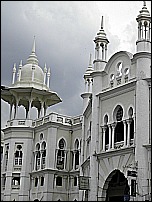 An equally famous historic landmark is the old Kuala Lumpur Railway Station built in 1910 in Anglo-Mughal architectural style and designed by AB Hubback who was also the architect for many other famous buildings in Malaysia .

Railway enthusiasts and heritage lovers will appreciate the station building which contains a modest railway museum. 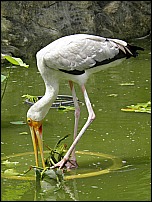 This green lung in the heart of the city contains many of the top KL attractions such as Tugu Negara, the popular KL Bird Park, the neighbouring Orchid & Hibiscus Gardens, the nearby Kuala Lumpur Butterfly Park and some of KL's top museums such as the excellent Islamic Arts Museum and the fascinating Royal Malaysian Police Museum. 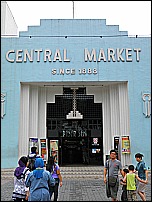 In the bustling heart of KL, the so-called Chinatown district includes Petaling Street, famous for its street market, temples, restaurants and herbal remedy shops. Take a look at my Chinatown Walking Tour for a suggested itinerary. Nearby is Central Market, a heritage building where you can find an extensive selection of Malaysian handicrafts, wood carvings, batik, pewterware, art works and other gift and souvenirs. There are also popular restaurants here. In Central Market Annexe be sure to visit Art House Gallery Museum of Ethnic Arts for a great collection of tribal arts from Borneo. 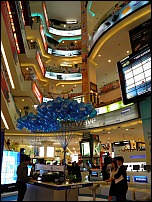 Shopaholics should find satisfaction in this prime shopping district which includes many of KL's most popular shopping malls and plenty of eating choices.Pavilion Mall is one of the top, up-market malls. It also boasts one of the best food courts in the country. The other end of Bintang Walk is less up-market but the side streets such as Changkat Bukit Bintang and Jalan Alor are well worth visiting in the evenings for food, drinks and entertainment. 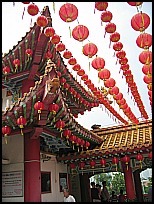 This large and ornately decorated Chinese temple is dedicated to the Goddess Thean Hou (Tian Hou) and is a hugely popular place to visit among the local Chinese community especially during religious holidays and festivals.

Foreign tourists and photographers are frequent visitors too. 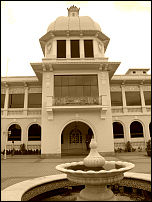 The former official residence of the King and Queen of Malaysia has now ben converted into a museum where visitors can tour the official reception rooms and private apartments of the royal family. There is no changing of the guard here anymore (that takes place outside the new palace) but this museum remains one of the top KL attractions. 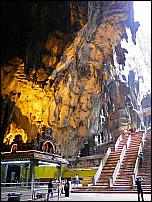 This is one of my personal favourites. It is a massive cave temple on the northern fringes of the city. Be prepared to climb a lot of stairs to see the main cave.  Definitely one of the top KL attractions.

Too much to see and not enough time?

You could always take a half day city tour covering a number of the top attractions.

TIP: You can get a 6% discount on half day city tours by buying online through Tripcarte's secure website with instant ticketing and hassle free e-tickets. 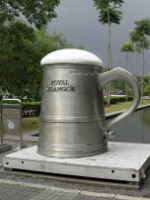 The Royal Selangor Visitor Centre is consistently ranked as one of the top things to do in Kuala Lumpur. The visitor centre offers complimentary guided tours where you can learn about the history of tin mining in KL as well the story of this 129 year old family business. Visitors are taken through the factory for a closer look at pewter craftsmanship and have an opportunity to try out an optional pewtersmithing workshop for a small fee. 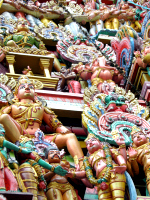 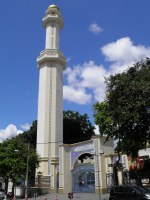 If you want to get off the tourist trail then take this walk through Kampung Baru, a traditional Malay village in the heart of KL, to Chow Kit, a colourful street market area. Better hurry though, Kampung Baru is earmarked for major redevelopment. 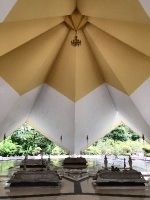 The National Heroes Mausoleum or Makam Pahlawan is the final resting place of a number of former Prime Ministers, Deputy Prime Ministers and other senior Malaysian leaders. 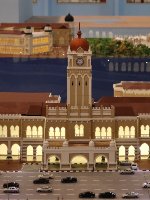 Bring the kids to MinNature Malaysia in Sungei Wang Plaza to experience a fun, magical and educational world in miniature. It's Asia's largest indoor miniature and train exhibition. 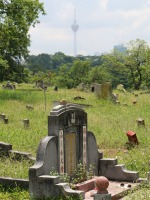 Kwong Tong Cemetery is one of the oldest and largest Chinese cemeteries in KL. There are some historic monuments here including the grave of Kapitan Cina Yap Ah Loy, one of the town's most prominent pioneers. 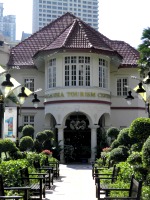 The Malaysia Tourism Centre in Jalan Ampang, KL is a landmark heritage building and a good place to obtain tourist information on Malaysia. 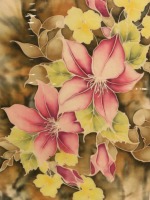 At Jadi Batek Gallery you can learn how batik is made and even make your own design. Also a great place to buy batik items and other Malaysian souvenirs.

Looking for more places of interest in the KL area?  Here are some links to articles I wrote in my Thrifty Traveller blog. You might like to visit some of these places:

Save Money On Tickets to Top KL Attractions

TIP: There is so much more to do in Kuala Lumpur. Take a look at Tripcarte's secure website to book enjoyable family activities and adventurous activities with big discounts, instant ticketing and hassle-free e-tickets.

Here is a map showing the locations of the top KL attractions mentioned above.