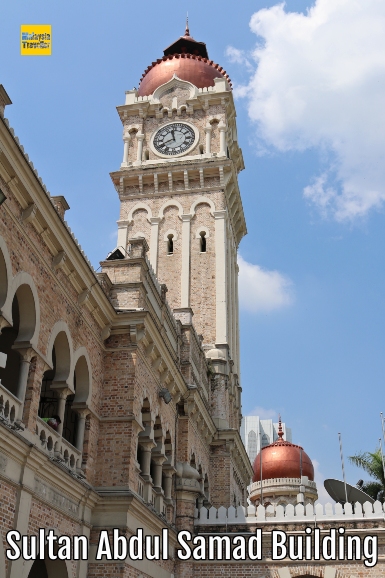 The stately, copper-domed Sultan Abdul Samad Building on Merdeka Square is one of Kuala Lumpur’s most famous landmarks. It was the best known symbol of Malaysia until the Petronas Towers were built and still today is one of the most photographed buildings in Malaysia. 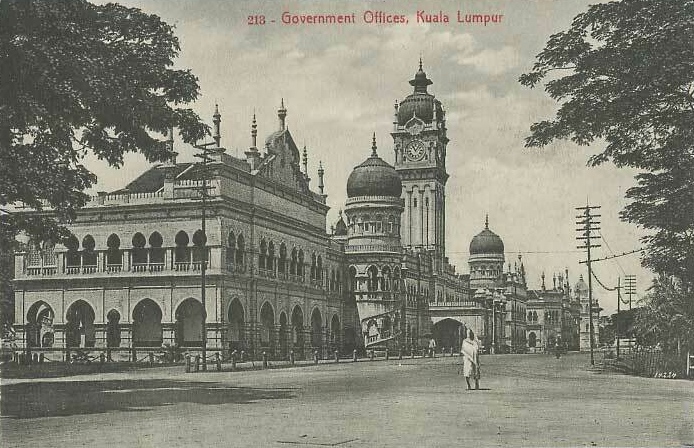 Being such a historic landmark it has appeared on numerous postcards and photographs over the years. Some examples are reproduced here. 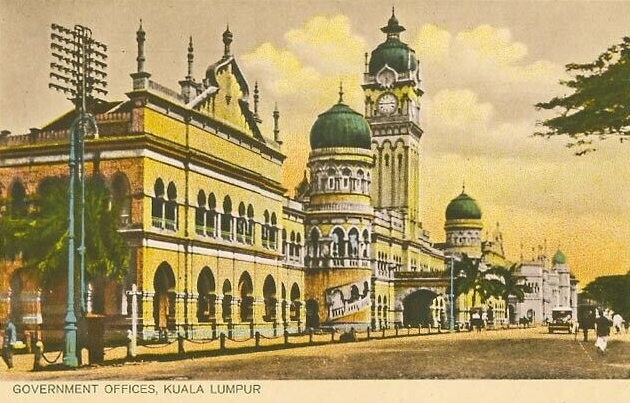 Here are some historical facts: 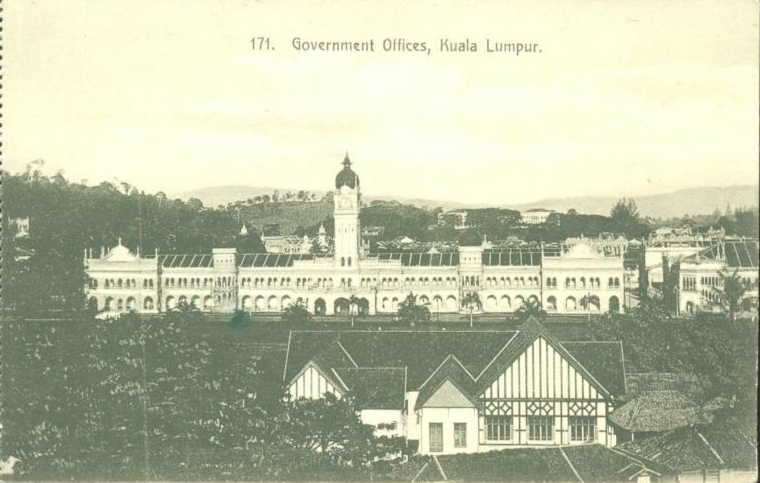 This postcard from 1910 shows how the Government Offices dominated the city skyline. The Selangor Club is in the foreground. 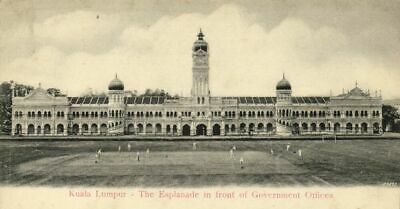 Cricket was played on the padang situated between the Selangor Club and the Government Offices. 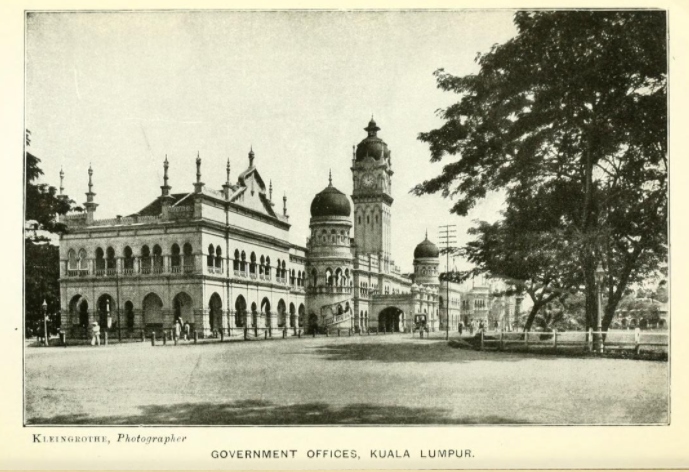 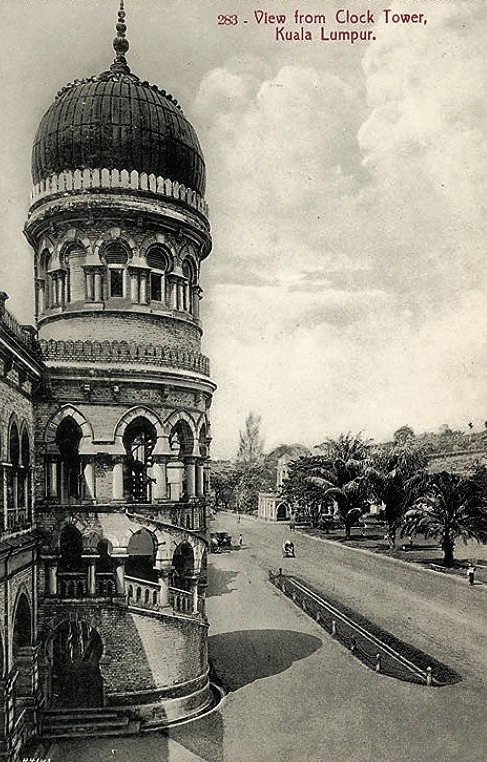 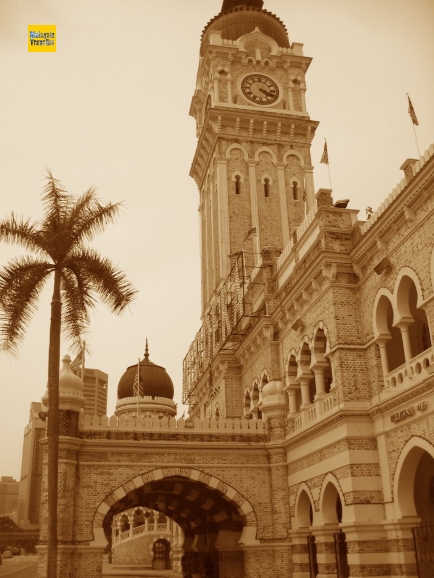 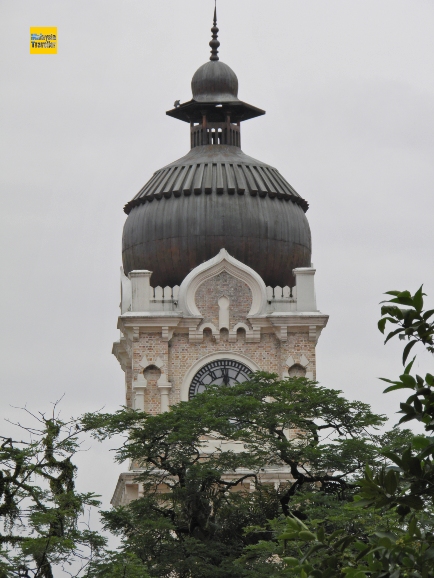 The building's copper domes have to be cleaned from time to time to restore the copper colour. This photo was taken before cleaning.

It is not open to the public.

Today, like its neighbouring buildings, it is partially occupied by the Ministry of Information, Communications and Culture though most of that department's operations have relocated to Putrajaya. 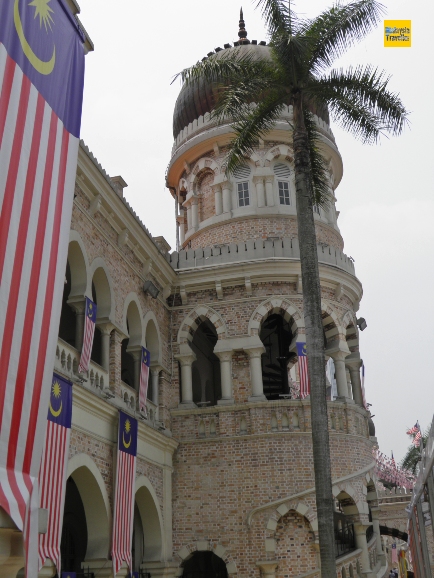 The building serves as a backdrop to the annual Merdeka celebrations held in Merdeka Square.

The building is illuminated at night making it popular with photographers.

Although tourists flock to take photos from the outside, the interior has been off-limits for years as it serves as a government department.

In 2015 the Ministry of Tourism’s Department of National Heritage staged an exhibition in one section of the building, allowing the public (including me) to take a sneak peek inside.  Here are photos I took at that time: 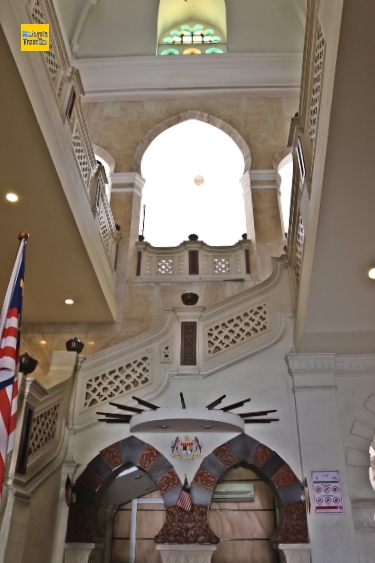 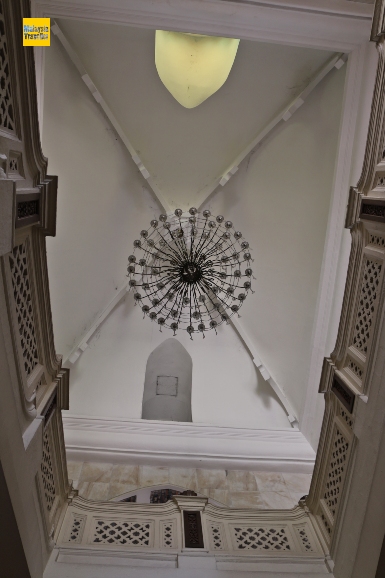 A chandelier hangs above the main entrance hall. 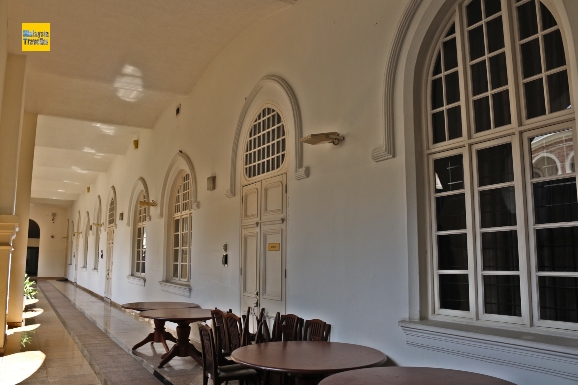 An elegant colonnaded walkway opens onto an inner courtyard. 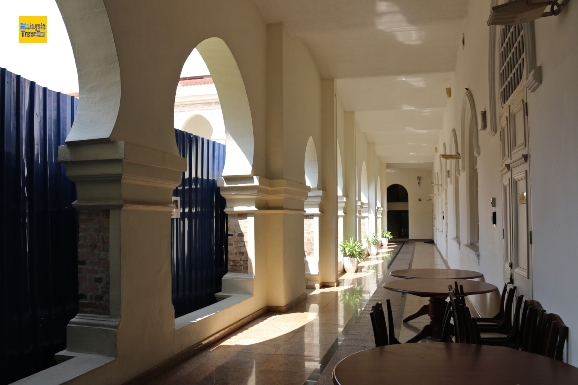 Ongoing repair works. Preserving the building in tip-top condition is a constant battle against the elements. 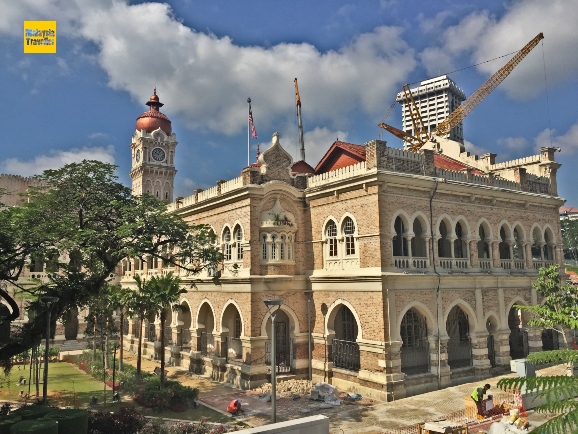 View of the rear side taken from the new KL River of Life pedestrian bridge over the River Gombak.

The Sultan Abdul Samad Building looks great from every angle. It continues to wow tourists from all over the world.

How to Get to the Sultan Abdul Samad Building