What are the top Sabah attractions? What to see?

Sabah is the easternmost and second largest state in Malaysia, located on the legendary island of Borneo. It has much to offer the visitor, ranging from the lofty Gunung Kinabalu (the highest mountain in the country), pristine national parks, exotic wildlife including orangutans and proboscis monkeys, the best scuba diving in Malaysia and some of the nation's top beaches. Added to that are some historic sites and museums, heritage trails, caves, river cruises, the colourful customs of the indigenous peoples and much more. 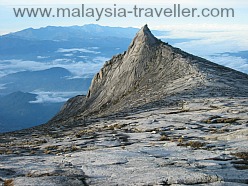 Malaysia's three highest mountains are all found in Sabah.

Mount Kinabalu would probably be at the top of most people's top Sabah attractions because it is easily the tallest peak in Malaysia (4,101m) and one of Asia's most popular climbing destinations. Most climbers take two days, breaking the journey overnight at Laban Rata. It is hard work but a worthwhile experience.

The second highest is Gunung Trus Madi at 2642m. Experts rate it as a fairly easy climb and from the top, weather conditions permitting, climbers can enjoy a fine view of Gunung Kinabalu.

The third highest peak is Gunung Tambuyukon (2,579m). Although it is a lower altitude, it is the hardest of the three climbs and the view from the top is not that spectacular and for those reasons it is less frequently climbed. 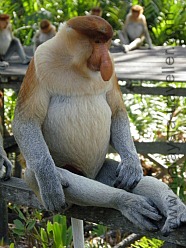 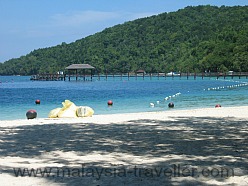 Sabah has some of the world's best diving locations:

There are a number of other beaches and islands which are not necessarily dive locations: 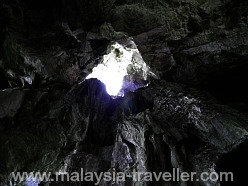 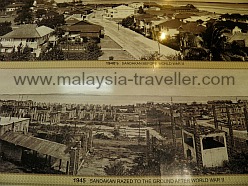 If you have suggestions for more places that should be included on the list of Top Sabah Attractions please let me know.