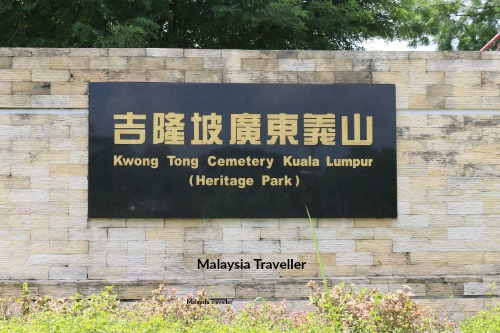 Kwong Tong Cemetery Kuala Lumpur is one of the oldest and largest Chinese cemeteries in KL. It was founded in 1895 and is run by The Association of Kwong Tong Cemetery Management Kuala Lumpur. It occupies 263 acres in the heart of the city, mostly at Bukit Seputeh but with another smaller site in Sungai Besi next to the Middle Ring Road 2 near Taman Connaught.

I have visited both sites. I’ll cover the Bukit Seputeh cemetery first as that is the more interesting of the two.

A Bit of History

Kuala Lumpur was founded in 1857 and from the outset it had a large Chinese population, mostly engaged in tin mining. In these early days the deceased were buried hastily in haphazard locations on the hillsides around the town. The practice was to exhume the bodies after three or four years and send the bones back to China for reburial, though in many cases, if there were no relatives to attend to matters, the bones may have just been left open to the elements.

In 1895 the Chinese community applied to the Selangor Sultan and the British colonial administration for the Bukit Seputeh site to be gazetted as a Chinese cemetery. Since then, many of KL’s most prominent pioneers such as Kapitan Cina Yap Ah Loy have been laid to rest here and some wartime monuments have been erected. 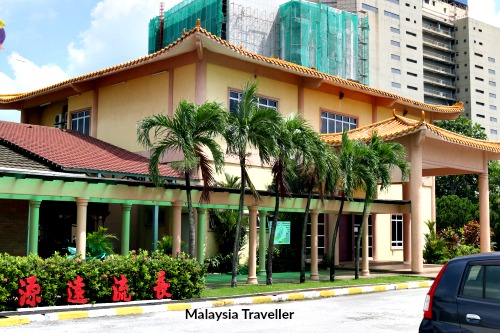 In 2006, the cemetery was designated as a Heritage Park, recognising its historical significance, and efforts have been made to improve the landscaping of this vast green lung in the heart of KL.  A hall was built in 2007 next to the cemetery’s administration office to house an Art, Cultural & Heritage Museum to collect, collate and preserve historical data and cultural relics and to educate the younger generation on the contributions of their forebears.

Chinese cemeteries are often seen as spooky places to be avoided except during the Qingming grave-sweeping festival. But on a lovely sunny day this cemetery can be a very peaceful place, particularly in those areas away from the traffic noise of the Jalan Istana highway which divides the cemetery in two. Fragrant smelling frangipani trees (plumeria) are found all over the cemetery. 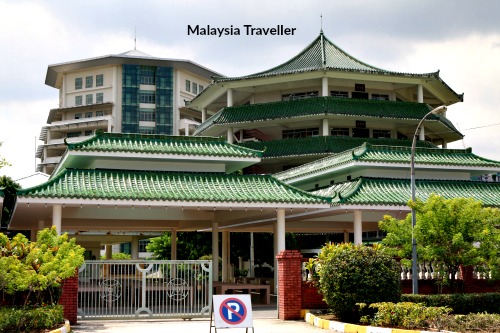 There are two pagodas which act as multi-story columbaria for the storage of funeral urns. 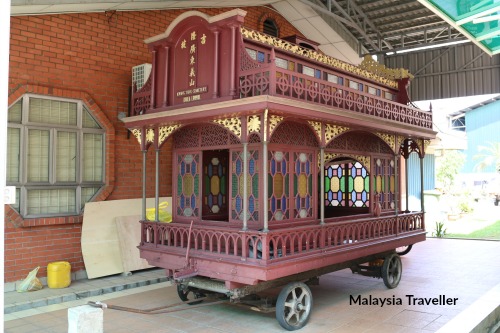 This is presumably an early type of hearse, on display next to the museum. 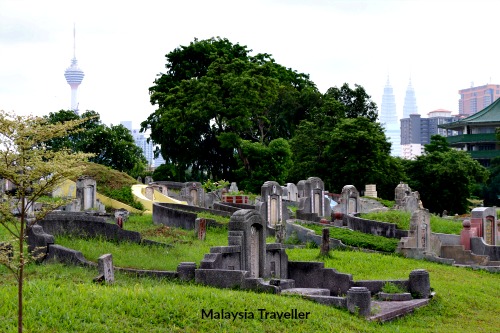 There are great views of the modern KL skyline. The grave in the foreground is one of the few in the cemetery which has an inscription in English. It reads:

Weep Not For Me

For I’m Not Dead

Weep Not For Me

For I’m Not Yours 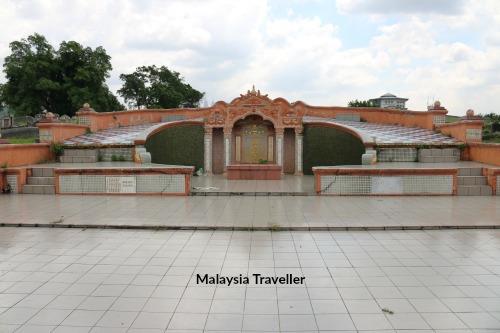 Some of the tombs are grand and spacious. Even in death, the rich get the biggest houses. 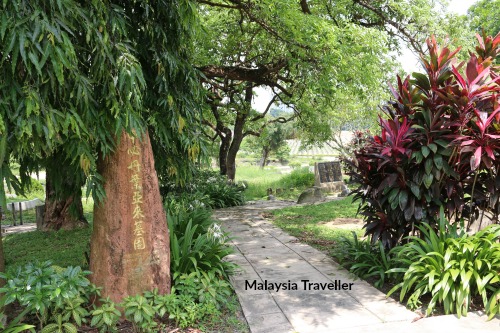 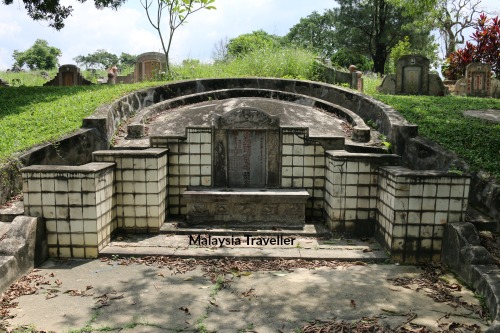 This is Yap Ah Loy’s grave. A notice board nearby provides a summary biography of his life. He died in 1885, before this cemetery was established. He was originally buried elsewhere in the city but was subsequently exhumed and brought here. 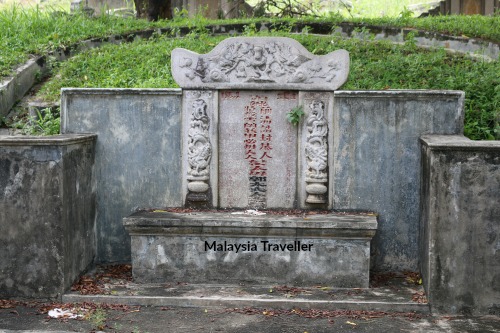 His wife’s grave lies next to him. 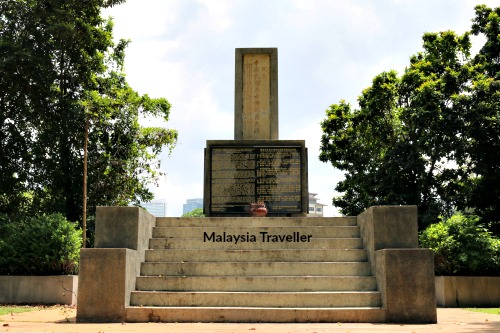 This is the Rebuilt Memorial to Malayan Victims of the Japanese Occupation in the Hokkien Cemetery section of Kwong Tong Cemetery. It commemorates the mass grave of close to a thousand victims massacred or buried alive during the War. The memorial replaced an earlier monument called ‘Tomb of War Victims of the Compatriots of the Republic of China’. 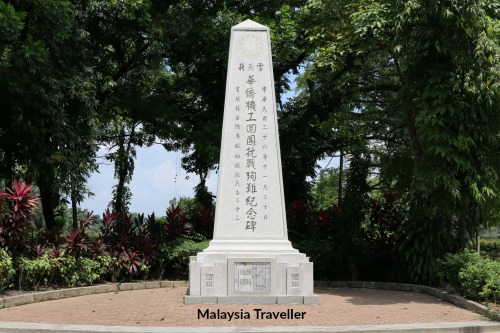 This is the Kuomintang Cenotaph erected in 1947 to honour the Chinese who repatriated to China to join the anti-Japanese resistance. The faded sun emblem of the Kuomintang, as seen on the Republic of China flag, is still visible at the top of the monument. 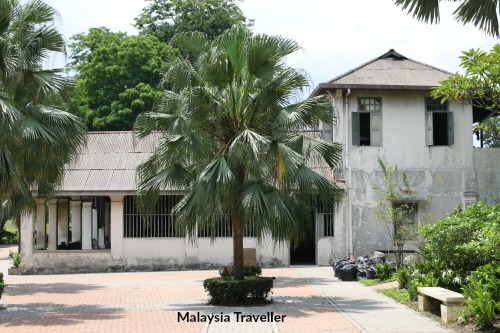 This characterful building appears to contain a kedai makan,  complete with Tiger beer adverts on the wall, a small Buddhist temple and a funeral services business. On Google Maps the kedai makan shows as ‘Graveyard Bar’. Just the place for a late night drink! 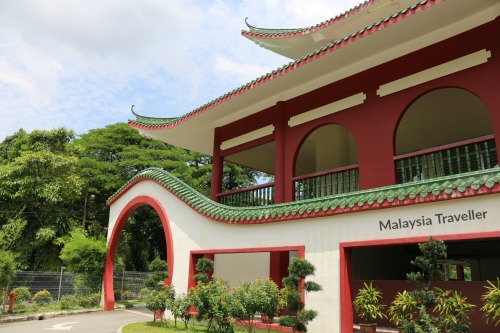 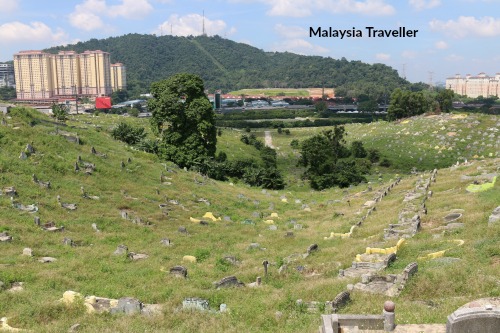 A second Kwong Tong Cemetery is located in Sungai Besi, in the south of the Federal Territory of Kuala Lumpur, close the border with Selangor State. It is not as big as the main cemetery and not as interesting but occupies a site with rolling hills overlooked by Bukit Besi Alam Damai with its communication masts on the summit. 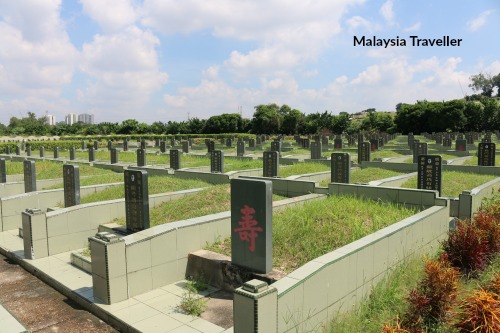 One corner of the cemetery has uniform graves arranged in regimented rows. At first I thought they might be military graves but on closer inspection they are made up of men and women, many of whom lived their ‘threescore years and ten’ or more. Not being able to read Chinese, I imagine these communal graves are for members of the same surname, origin or association.

You can see more photos of these two cemeteries on this video slide show. Apologies if you find the soundtrack rather too morbid or creepy!

How to Get to Kwong Tong Cemetery Kuala Lumpur

I have tried to mark all the graves and monuments mentioned above on this map. (Main cemetery markers in blue. Sungai Besi markers in red.)

There are good location maps in various places inside the cemeteries showing points of interest but unfortunately if you cannot read Chinese they are of limited use.

Other Cemeteries In Kuala Lumpur

If you are interested I have written about other KL cemeteries on my Thrifty Traveller blog: