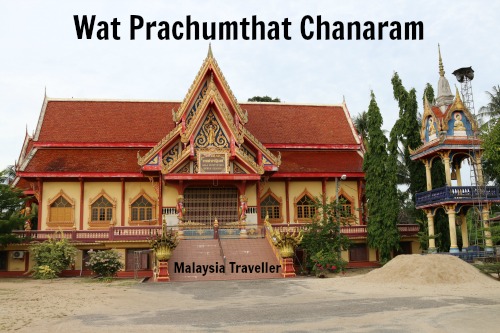 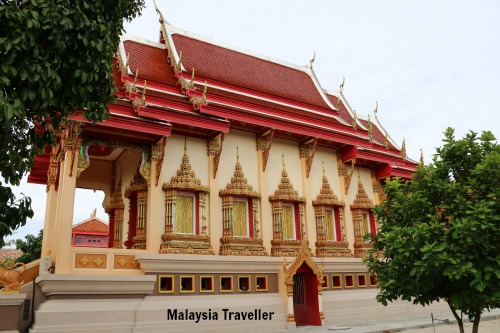 On Google Maps, the temple has an additional title, Pho Than Neang. 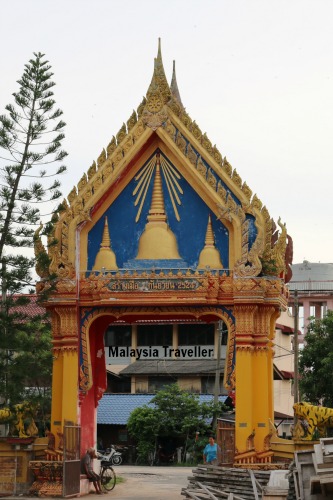 Parts of this spacious temple compound are said to three centuries old yet new buildings are still under construction. 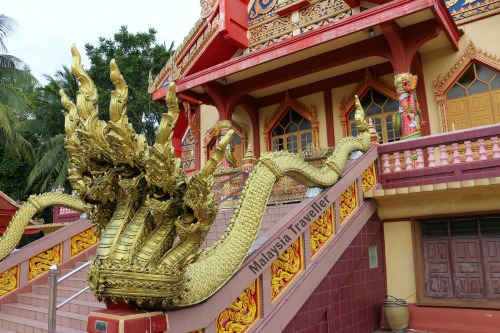 The entrance to the main hall (Dewan Dhamma) is guarded by a pair of golden seven headed naga statues. 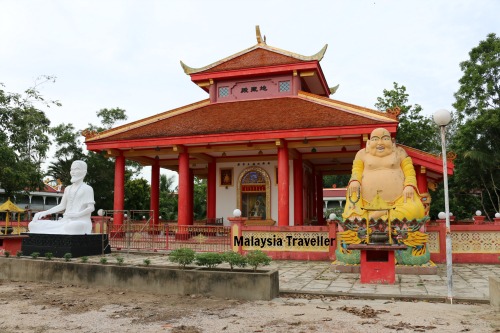 The architecture is mostly Thai-style while one of the pavilions is more Chinese looking. 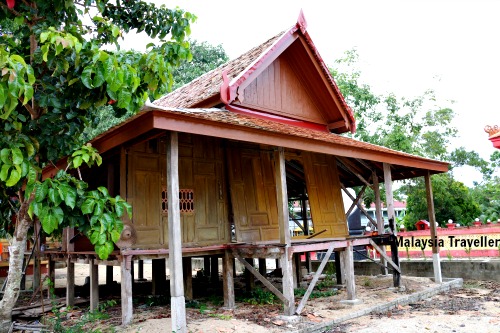 There is a teak house which was probably imported in pieces from Thailand. It looks in need of some renovation. 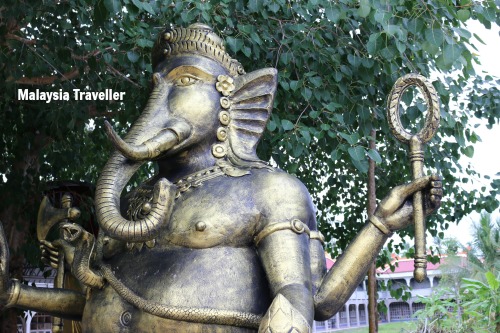 There is also a bronze elephant-headed Ganesh statue, a deity revered by Buddhists as well as Hindus. In the background you can see a two story block housing a columbarium with recesses to store the ash-filled urns of deceased monks and worshippers. 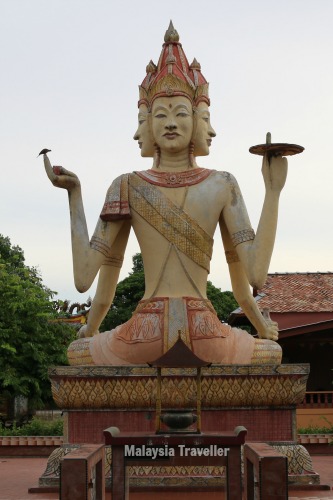 Other statues include a four headed deity, a Maitreya Buddha, various meditating monks and holy men, a kneeling elephant and a golden Buddha seated outdoors under a canopy.

You may be able to obtain a vegetarian meal here, although on my early morning visit there was nobody around. This temple appeared to be less geared up for tourists than some of the others nearby but that adds to its charm. 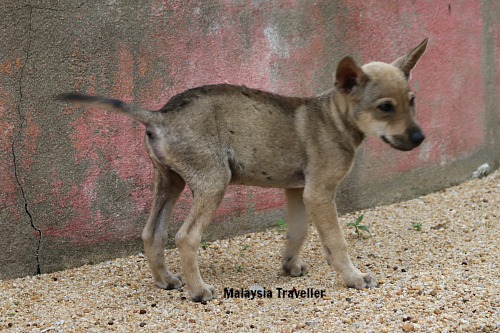 Buddhist temple compounds are animal-friendly environments and families of dogs often take refuge in them. There were a number of playful puppies wandering around when I visited.

The location is marked on the interactive map on the Top Kelantan Attractions page.

Tumpat is the final station on the Jungle Railway. If you arrive by train, the station is about 10 km from the temple so you would need a bus or taxi.

There are another couple of Thai temples across the street:

Two other well known Thai temples a short drive away are:

While you are here you should visit the beach and Muzium Wau: