Tun Sakaran Marine Park, also called the Semporna Islands Park, is an archipelago of 8 islands and 2 reefs located off the east coast of Sabah, Malaysia, close to the town of Semporna. The Park covers an area of 350 km2  and was gazetted as a state park by Sabah Parks in 2004. Its stunning setting and marine biodiversity make it a popular tourist attraction for day trippers.

The 8 islands are as follows: 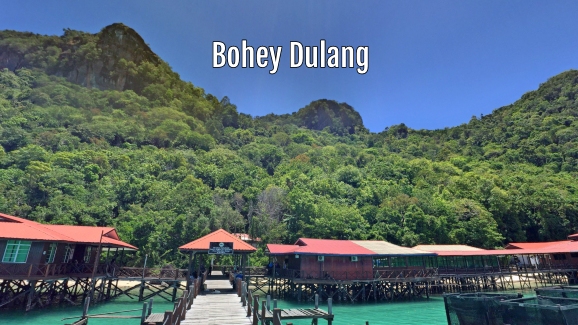 Bohey Dulang is a 313 hectare island rising steeply from the shore up to a peak of 353 metres which you can climb to enjoy spectacular views. Some degree of fitness and proper footwear is required to reach the top and, if you have time, you can continue along a ridge to two other peaks. Here you can sense that you are standing on the rim of a long-extinct volcano crater which blew its top and was semi-submerged to form these beautiful islands and lagoons. Rock pools, streams and waterfalls are concealed within the dense vegetation which provides a refuge for exotic birds, mammals, reptiles and insects. Birds recorded here include various species of pigeon, scrubfowl, kingfishers, hornbills, sea eagles, raptors, thrushes, flycatchers, sunbirds and bulbuls. Mammals include the long-tailed macaque, bearded pig, sambhur deer, mouse deer and otters. Reptiles include five species of terrestrial snakes such as pit vipers and pythons as well as six species of sea snake. Skinks and monitor lizards occur on the main islands. Insects include 52 species of butterflies, beetles and all sorts of other creepy crawlies.

While on the island you can visit the Giant Clam and Marine Invertebrate Hatchery built on stilts above the sea near the Bohey Dulang jetty. The hatchery contains a small exhibition hall, spawning tanks and a nursery for baby giant clams. Seven species of  Giant Clam are native to Sabah’s waters but are under threat due to over-harvesting, pollution and human activity.

Pulau Bodgaya is separated from Bohey Dulang by a narrow stretch of water. It is the biggest island of the Park with an area of 796 hectares and, similar to its neighbour, it is a hilly island covered in dense jungle. The ground slopes steeply upwards from the shore, leaving a narrow, wave-cut shingle terrace. There are two peaks here, the highest of which, Mt Bodgaya, reaches 455m. The absence of sandy beaches and difficulty of accessing the shore at low tide means that this island is less disturbed by tourists than Bohey Dulang. 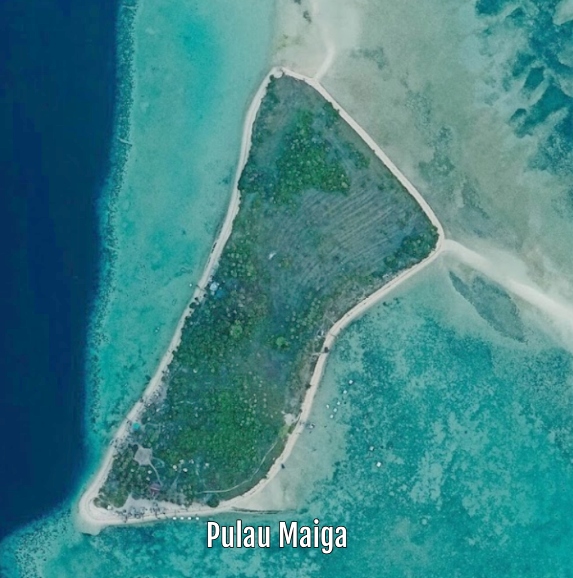 Pulau Maiga is a flat and sandy island with coconut-fringed beaches and a calm, shallow bay with clear water suitable for swimming and snorkelling.  A community of Bajau Laut (sea gypsies) lives here in rustic huts built on wooded stilts above the sea. This tropical paradise island is less visited by tourists. Some of the island is under threat from sea erosion like many low-lying islands the world over. 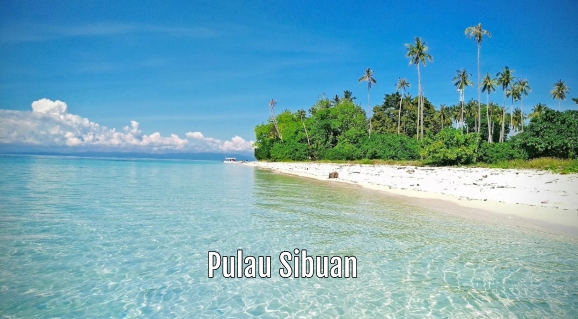 Pulau Sibuan, is a beautiful tear-shaped island and one of the most famous in the area due to its unspoilt beaches and excellent diving conditions with close proximity to Church Reef. It is small, only 15 hectares, and again populated by a community of friendly Bajau Laut. 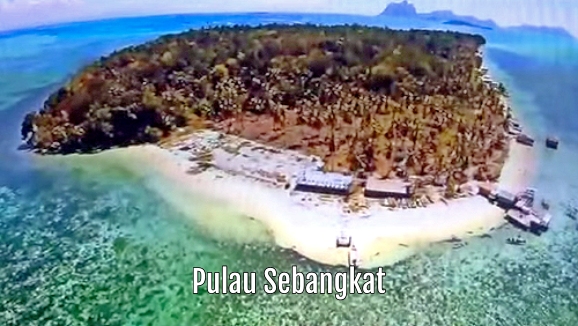 Pulau Sebangkat is the closest of the islands to the mainland, about 10km from Semporna. The locals cultivate seaweed which is dried in the sun and sold in Semporna. There is a good sandy beach along the southern coast. 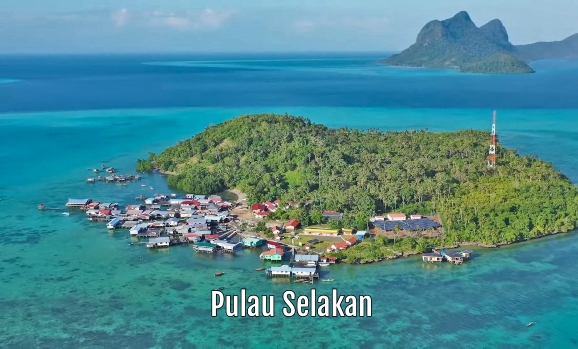 Pulau Selakan is one of more populated islands with a village and a school, the only one in the marine park and children from the other islands have to come here by boat for their lessons. The island covers an area of 32 hectares and is built upon coral limestone, raised a few metres above sea level. The limestone bed has been eroded and undercut to form a rocky shoreline around much of the island. There are small stretches of sandy beach around the village, and also at northern end of the island. Patches of mangrove occur along the north-west coast. 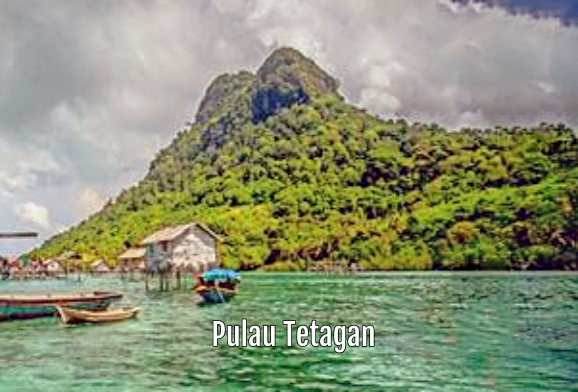 Pulau Tetagan is a small island almost joined to Bodgaya, only separated by a shallow channel.  It has an area of 30 hectares. Similar to Bodgaya it is steep sided and covered in jungle but its highest point is only 80 metres above sea level. The shoreline is mostly rocky with a small beach and a sand bar at the northern end.

Pulau Mantabuan is a flat island surrounded by a pristine sandy beach. It is the smallest island with an area of only around 10 hectares. The Malaysian Army maintains a post here to deter pirates and criminals from neighbouring countries who have been known to kidnap hostages in this region.

How to Get To Tun Sakaran Marine Park

The transfer to Tun Sakaran Marine Park from Semporna by speedboat takes about 45 to 60 minutes. Boats depart from the tourist jetty at Kampung Bangau-bangau, Semporna.

Typically these trips depart around 8.30 am and return to Semporna at 5pm. Costs vary considerably so do shop around. A tour usually includes return boat trip , snorkelling equipment and snorkelling guide, packed lunch, jetty fees, conservation fees and Sabah Park entrance fees. An indicative price is RM 160 per adult and RM 95 per child at today’s prices.

Tun Sakaran Marine Park is geared up for day trippers, not overnight stays. At present, there is no tourist accommodation on any of the islands apart from one rental chalet facility for visitors in the TSMP complex. Contact Sabah Parks for information.

Most tourists will stay on one of the other island resorts or at Semporna. I think if I visit I would stay at the Lato Lato Resort which is a small basic hotel built on stilts above the water near Semporna and has a great view of Tun Sakaran Marine Park. They can also arrange island hopping trips for you. You can find details on their website.

Opinions vary. Most visitors are impressed with the beauty of the islands, the friendliness of the Bajau Laut people and the marine biodiversity.

On the negative side, some complain that there are too many tour boats stopping at the same beaches at the same time with all the negative effects of mass tourism such as litter, noise and cigarette butts on the sand etc.. Many of the tourists come from countries where they are more interested in eating exotic marine life than preserving it.

Some countries recommend their citizens to avoid non-essential travel to various islands offshore of Semporna due to the risk of being kidnapped for ransom. I believe this threat has diminished in recent years due to Malaysian government counter-measures but you should always check for up-to-date information. If you travel against travel advice your travel insurance may be invalidated.