Here are images and facts about the State Flags of Malaysia.

The state flags of Malaysia come in a variety of designs and colours, some more attractive than others. My favourites are the state flags of Kelantan, Johor,  Sarawak and Melaka. Look at the designs below and decide what are your favourites. 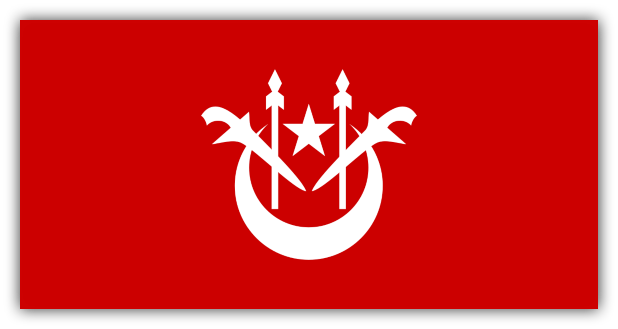 Significance of the Colours: Red signifies the loyalty and honesty of the people of Kelantan. White stands for the sanctity of the office of the Sultan. 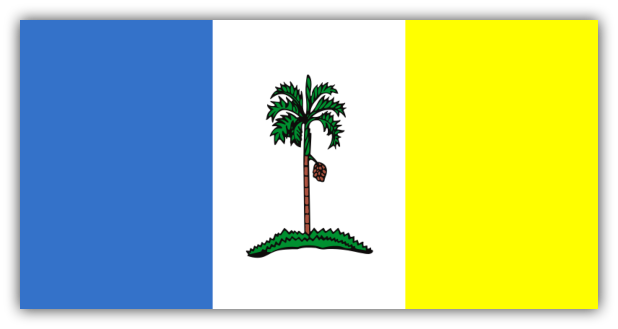 Significance of the Colours: Light Blue signifies the sea surrounding the island. White represents the serenity of the state. Yellow symbolises the prosperity of its people.

Design: Penang is the only Malaysian state with vertical stripes on its flag. The tree is the pokok pinang or areca nut palm. Areca nuts, or betel nuts, are used in sireh, the Malay equivalent of paan in India. 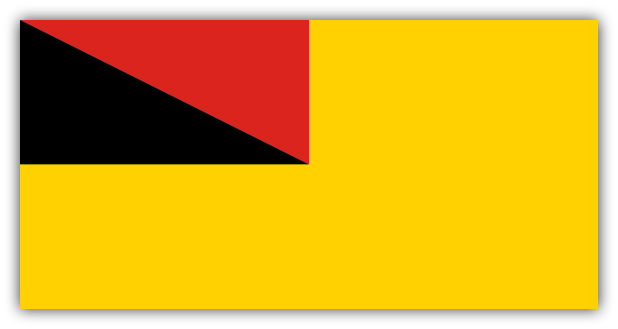 Significance of the Colours: Yellow symbolises the the Yang Di-Pertuan Negeri Sembilan.  Black stands for the Undangs who lead the districts within the state. Red represents the people.

Design:  Red, black and yellow are the traditional colours of the Minangkabau people, who are among the earliest settlers of the state. 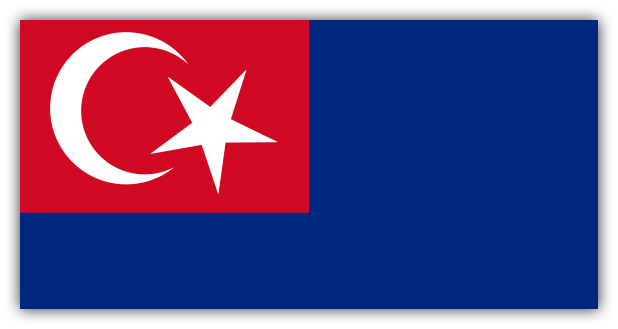 Significance of the Colours: Navy Blue represents the people and government of Johor. Red symbolises the bravery of warriors and followers who opened and developed the state. White symbolises the sovereignty of the Sultan.

Design: The white crescent and star indicate Islam as the official religion of Johor. 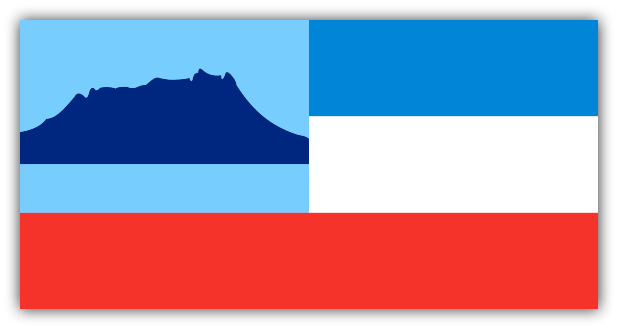 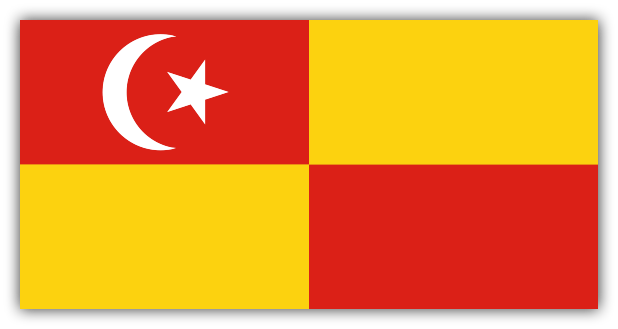 Year Adopted: 1965 (prior to that the crescent and star were coloured yellow).

Significance of the Colours: Red symbolise bravery. Yellow sections refer to the monarchy of Selangor, and the Sultan, who is the head of the state.

Design: The official religion of Selangor is Islam, and that is denoted by the white crescent and star on the top left corner of the flag. 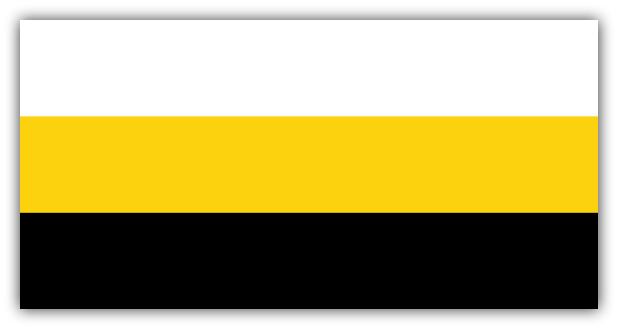 Design: These three colours, together with red, were used in the flag of the Federated Malay States until 1946. 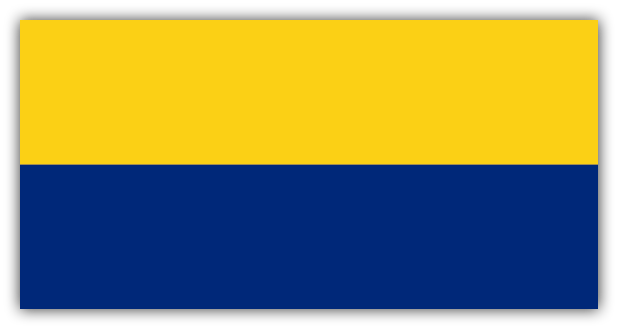 Design: Simple design intended to show the close relationship between the Raja and his subjects. 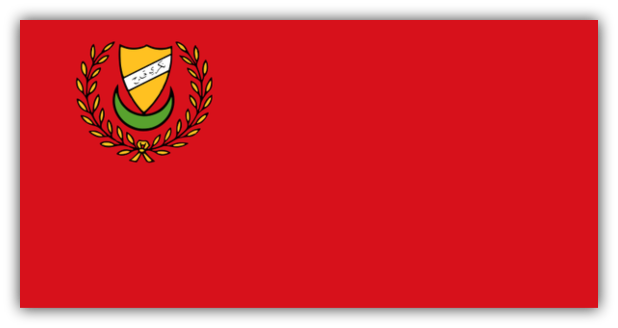 Design: The wreath is of padi, Kedah's main crop. The crescent represents Islam. The shield symbolises the Sultan as protector and guardian of his people. The jaws script on the shield reads Negeri Kedah. The colours used on shield vary. 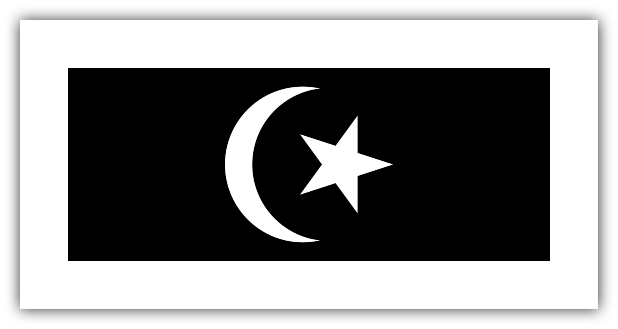 Design: White surrounds the black, symbolising the Sultan's role as protector of his subjects. The star and crescent denote Islam as the official religion of the state. 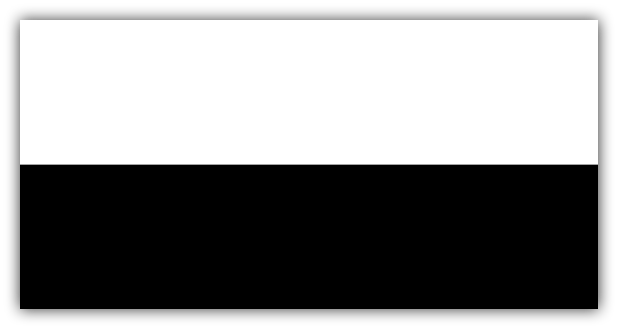 Significance of the Colours: Black is the official colour of the bendahara, who was once the administrator of the state. White represents the Sultan of Pahang.

Design: White over the black symbolises Pahang as a sovereign state with a royal monarch, as well as its presence of special privileges, laws, customs and codes of conduct, and specific rights of the Sultan. 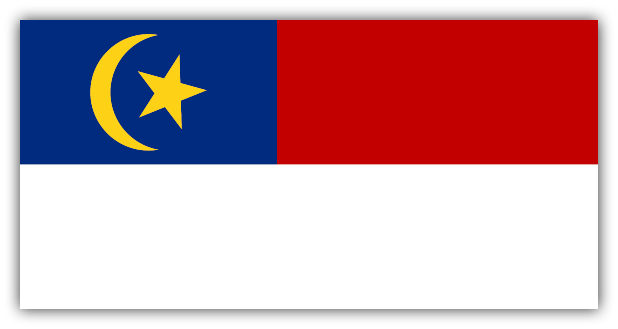 Significance of the Colours: Red, white, yellow and blue are the colours of the flag of Malaysia and show that Melaka is a member state of the Federation.

Design: The star and crescent represents Islam, the official religion of the State and of the nation. 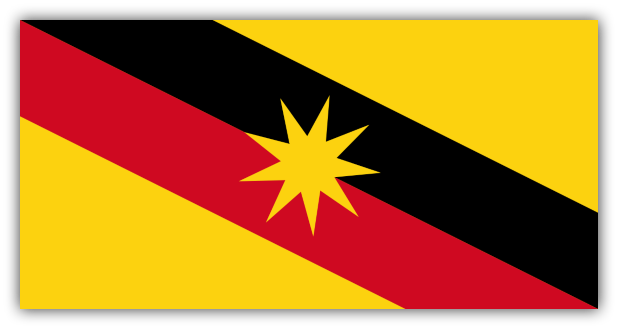 Significance of the Colours: Red symbolises the courage, determination and sacrifices of the people in their tireless pursuit to attain and maintain progress and esteem in the course of creating a model State. Yellow denotes the supremacy of law and order, unity and stability in the diversity. Black symbolises the rich natural resources and wealth of Sarawak such as petroleum, timber etc which provide the foundation for the advancement of her people.

Design: The yellow nine-pointed Star denotes the nine divisions where the rakyat lives in harmony.  The Star symbol also embodies the aspiration of the people of Sarawak in their quest to improve their quality of life. Source: Sarawak Government website. 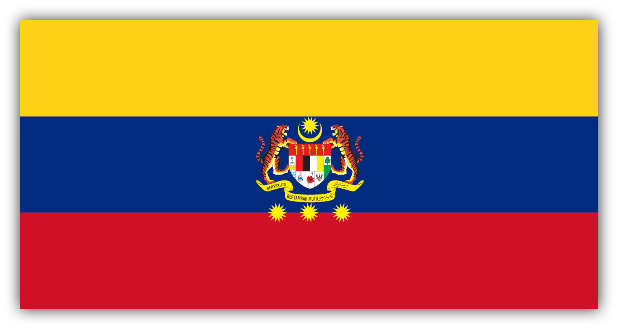 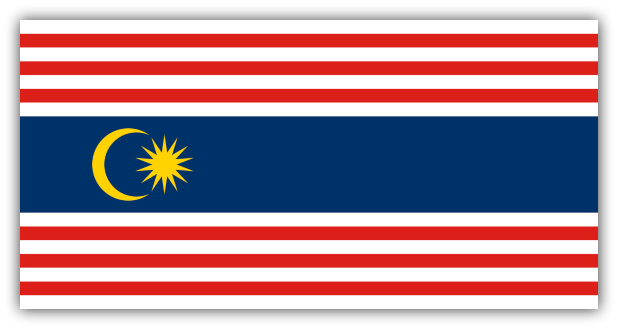 Significance of the Colours: Red symbolises the city's courage and strength. Blue stands for the unity of its multiracial citizens. Yellow represents sovereignty. White signifies cleanliness and beauty.

Design: Elements of the national flag are incorporated into the KL flag. 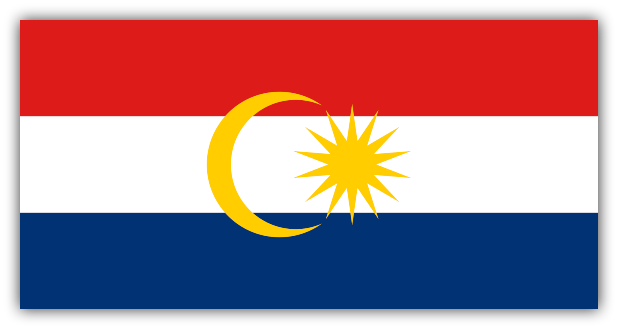 Significance of the Colours: Red stands for bravery. White for purity, sincerity, and persistency in cultivating a well-mannered and cultured Malaysia. Blue symbolises unity between different races, peace, harmony, and the effort to develop the economy based on science and technology.

Design: The moon crescent and star signifies Islam as the official religion while the yellow colour signifies the monarchy’s sovereignty as well as the respect towards the philosophy and constitution of the Rukun Negara. 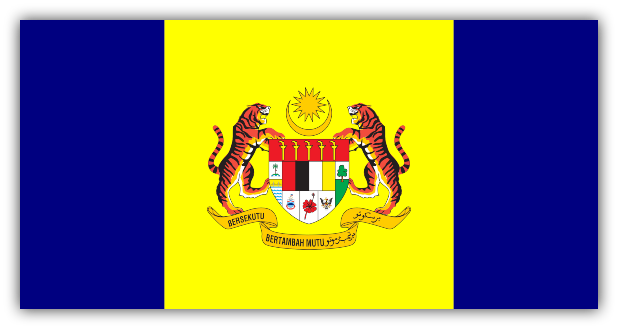 Design: The flag of the Malaysian Federal Territory of Putrajaya consists of three vertical bands of blue, yellow, and blue with the Malaysian coat of arms in the center. The Malaysian coat of arms consists of a shield supported by two tigers, with a fourteen-point star and crescent above it and a banner below it. The banner consists of the phrase “Unity is Strength” written in two languages, Malay and Jawi. The star and crescent represent Malaysia’s monarchy and the religion of Islam, the country’s official religion.

There is an order of priority of the state flags of Malaysia as published by the Department of Information. In 2016 it was as follows:

The Malaysian and the states’ flags are determined according to the order of priority of DYMM Malay Rulers and TYT Yang Di-Pertua Negeri as stated in Article 70, the Federal Constitution. Consequently, the flag’s priority order which was adopted for the year 2016 (May 2015 - April 2016) is as follows:-

You can find information on Malaysia's national flag, the Jalur Gemilang, on this page.