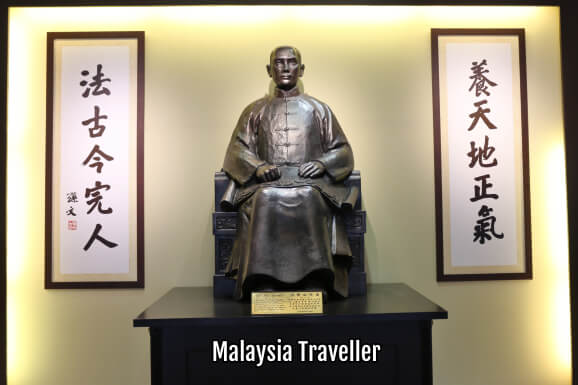 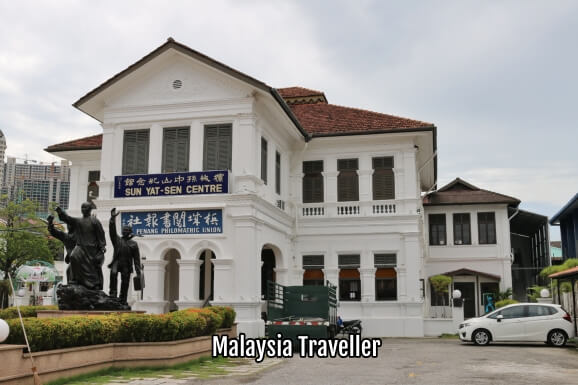 Diorama of the sites in Penang associated with Sun Yat Sen.

This site, at 65 Macalister Road was originally a club house called Xiao Lan Ting, leading to the creation of the Penang Philomathic Union before becoming the Chung Ling School in 1923 and later the Fukien Girls' School in 1935. Sun Yat Sen stayed here when he visited Penang in 1905 and again in 1906 where he met local supporters of his revolutionary activities. 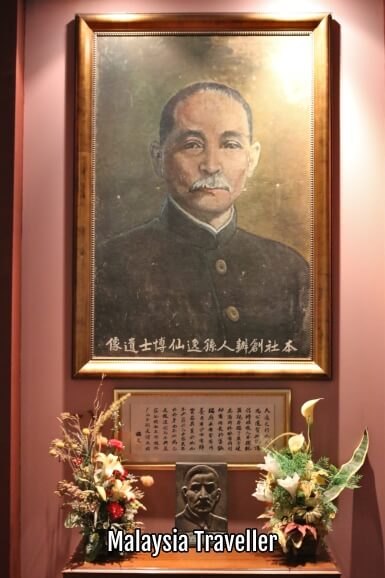 The Penang Philomathic Union was founded by Dr Sun Yat Sen in 1908 as the headquarters for the South East Asian political wing for his revolutionary movement in China to overthrow the Manchu Dynasty. The PPU set up a newspaper, established schools and coordinated defiance against the Japanese invasion of China.

The building was converted to the Sun Yat Sen memorial centre and museum in 2002. 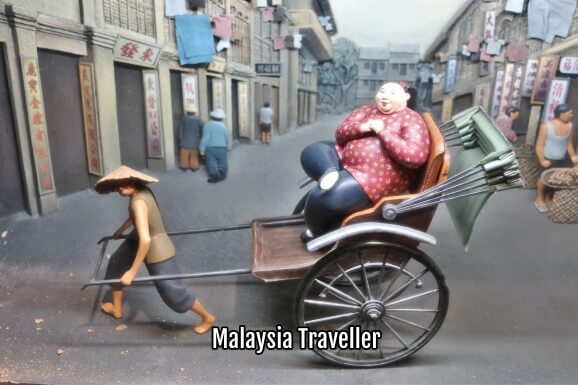 The main exhibition halls depict episodes from the life of Sun Yat Sen, his struggles and rebellion against the Manchu Dynasty, the conditions in China under partial foreign occupation, the establishment of the Chinese Republic in 1912 and Penang's role in the transformation of China. Two rear galleries concentrate on Japan's military expansionist policy and the anti-Japanese War in Malaysia and Singapore. 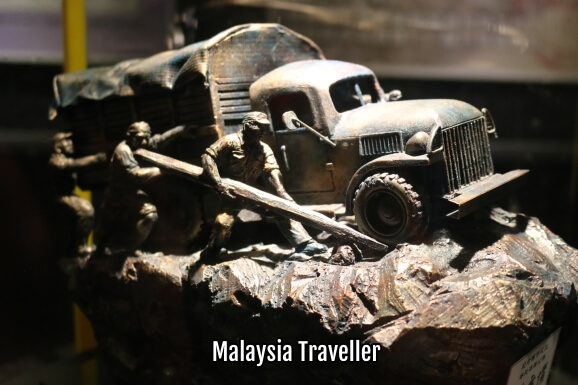 One gallery is dedicated to the contribution of Malayan Chinese in the Nanyang Transportation Volunteers who constructed the Yunnan-Burma Road to provide a vital lifeline to China during the Second World War. 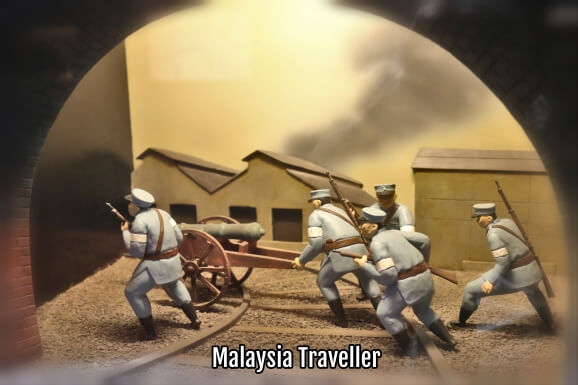 The museum uses charming clay figurines made by local craftsmen to bring the history to life. 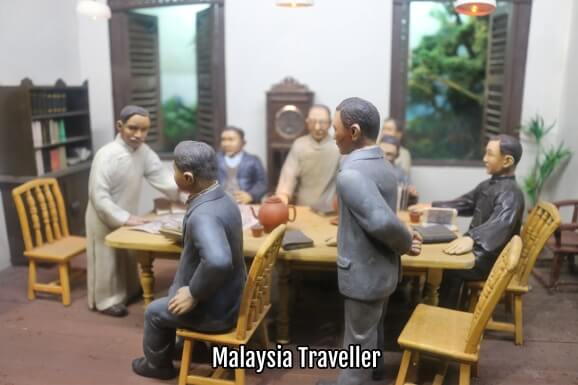 The Penang Conference at No. 404, Dato Keramat. 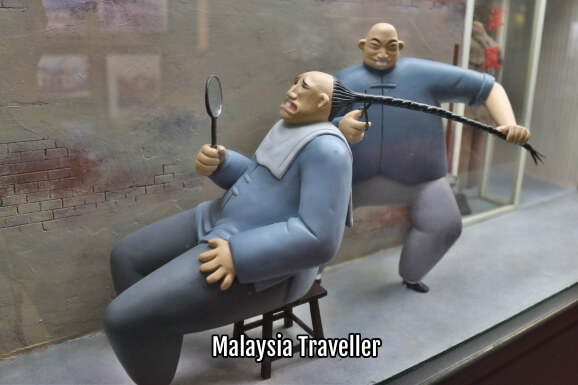 Cutting off the mandatory queue hairstyle was a symbol of rebellion against the Manchus.

Interesting subject matter and nicely presented. Well worth visiting for anyone with an interest in Chinese and Malaysian history.

(Some websites say the centre is closed on Wednesdays but I went on a Wednesday and was told that is not correct).

How To Get to Penang Sun Yat Sen Centre

Do not confuse this place with the Sun Yat-Sen Museum in Armenian Street.

See my Penang Heritage Trail for details of the many other attractions worth seeing in historic George Town.