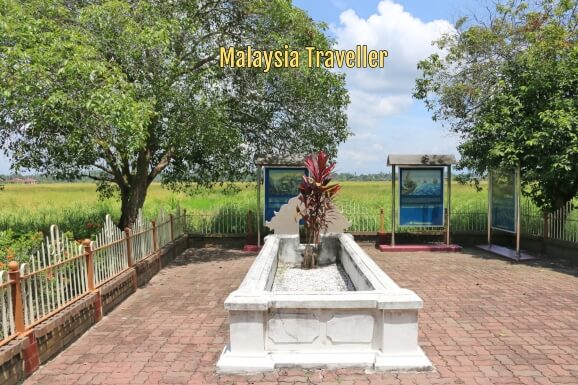 Makam Tun Teja or Tun Teja's Mausoleum is the burial place of Tun Teja Ratna Benggala, the beautiful wife of Malacca's Sultan Mahmud Shah who reigned from 1458 to 1511. Her story is one of love and betrayal. 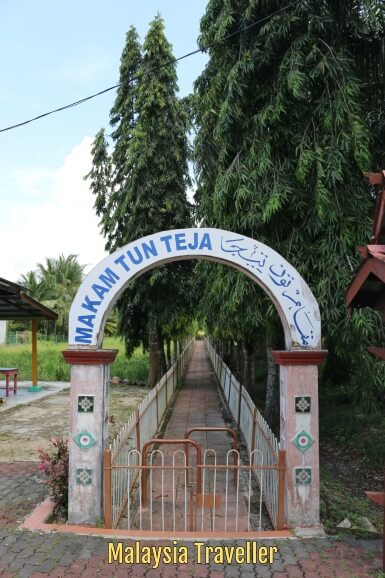 The grave is located in a peaceful location surrounded by rice paddy fields near the town of Merlimau in Melaka State. Entrance from the road is via an archway and a long path flanked by tall temple pillar trees. 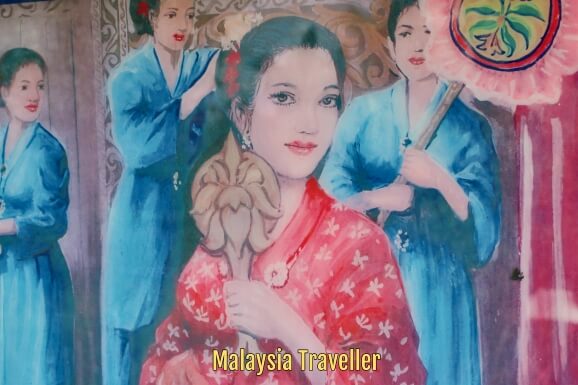 Tun Teja was the daughter of Seri Amar Di Raja Inderaputra, Royal Chief Minister of Pahang. She was said to be exceedingly beautiful and had many suitors, including the Sultan of Malacca, Mahmud Shah who was besotted with her. Tun Teja was brought up under the care of the Mak Inang or head lady-in-waiting and her team of handmaidens and she lived in her own palace. The Sultan asked for her hand in marriage but this was declined by the Bendahara (the vizier/prime minister of Malacca), probably because he wanted to supply the Sultan with a bride from his own family to enhance his power over the Sultan. 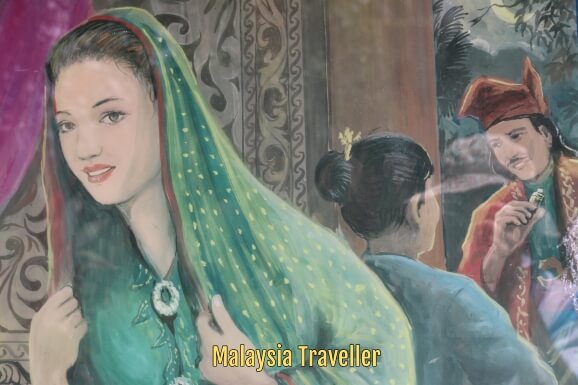 Meanwhile Hang Tuah, who had fallen out of grace with the Sultan, plotted to bring about the marriage of Tun Teja to the Sultan in order to win back favour. Hang Tuah charmed the Mak Inang, Dang Ratna into believing that he was in love with Tun Teja and sent gifts to her via Dang Ratna. When this failed to win her over, Hang Tuah, with the help of Dang Ratna, applied some love potion to Tun Teja's chair with the result that she immediately fell for Hang Tuah and agreed to accompany him to Melaka on board his ship. Once the Raja of Inderapura found out that Tun Teja had been abducted he sent ships in pursuit. A battle ensued at Pulau Tinggi. Hang Tuah was victorious and he continued his voyage to Malacca where the Sultan received Tun Teja with full state honours. Seeing that she had been betrayed by Hang Tuah she eventually agreed to marry the Sultan.

She became a loyal wife and patriot of Malacca and helped kindle the spirit of resistance against the Portuguese. 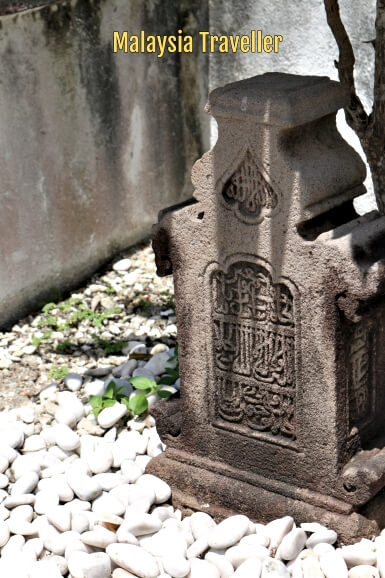 Her gravestone. Presumably not the original which would be 500 years old by now.

When Melaka fell to the Portuguese in 1511 the Sultan retreated to Muar and, on the way, Tun Teja became ill and died at this spot.

The gate to the grave is not locked. Free entry at any time.

How To Get to Makam Tun Teja

The exact location of Makam Tun Teja is marked on this map: