A good source of old Malaya photos is the archive of G.R. Lambert & Co., a photographic studio based in Singapore which produced thousands of picture postcards and private portraits during the years 1875-1918.

G.R Lambert & Co. was established in 1867 in Singapore by Gustave Richard Lambert, originally from Dresden, Germany. The firm later expanded with regional offices in Sumatra, Kuala Lumpur and Bangkok.

High resolution versions of many of G.R Lambert's photos and works by other photographers of the period are in the public domain thanks to Leiden University Library and Royal Netherlands Institute of Southeast Asian and Caribbean Studies (KITLV) which, in 2015 and 2016, donated 5,574 high resolution mainly nineteenth and early twentieth century photographs and works of art to Wikimedia Commons in a partnership with Wikimedia.

Here are a few examples of Lambert's old Malaya photos and I recommend you take a look at Wikipedia Commons for large sized and high quality image versions. 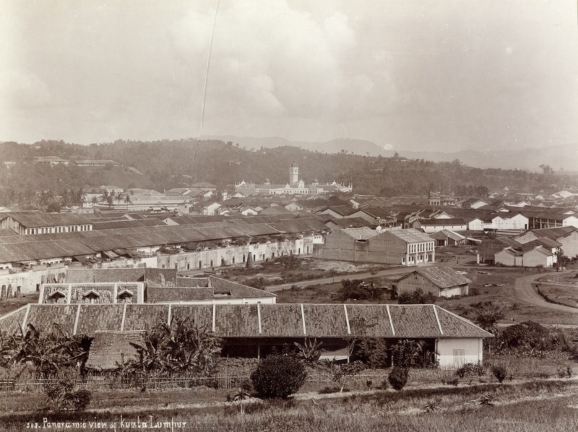 What a different place KL was in 1900! The Sultan Abdul Samad Building is clearly recognisable and the forested hills beyond would be where the Lake Gardens, Bukit Aman and Taman Tugu now are located. The rows of houses in the foreground would be the 'Chinatown' / Petaling Street area. 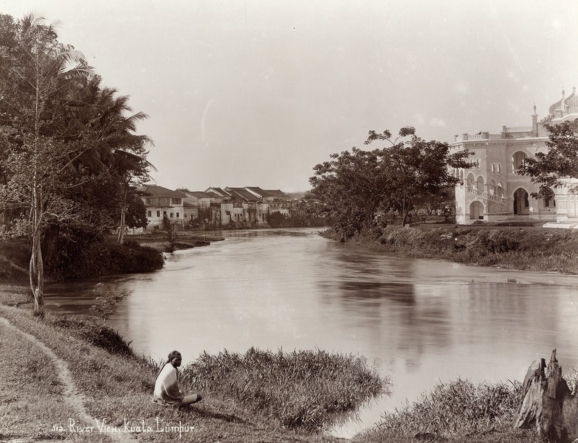 This view, again circa 1900, is of the Gombak River with the rear of the Sultan Abdul Samad building on the right. The buildings on the left bank of the river have all now been replaced by high rise tower blocks. The river was tranquil and scenic in those days but prone to severe flooding and it has since been channelised with concrete embankments. The KL Municipality have tried to bring back some of the river's former charm with its River of Life project which has beautified the river side with walkways, water features and new planting.

This panorama shot dating from 1900 must have been taken from the slope behind Jalan Tangsi with the old Selangor Club facing the padang opposite the Sultan Abdul Samad building. The green hill behind Abdul Samad has long since been flattened and built on. St Mary's Church can be seen on the left. 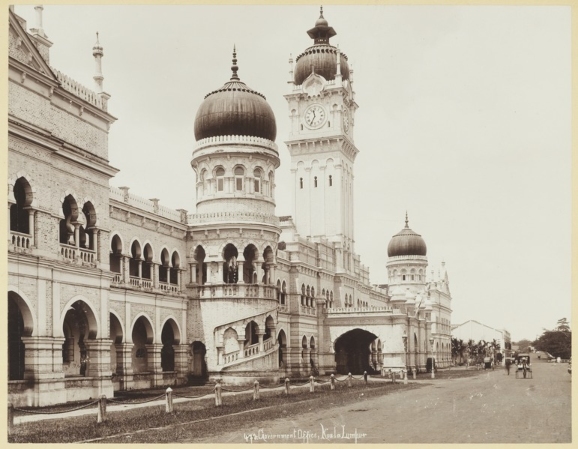 This is another view of the Sultan Abdul Samad building taken in 1900. Apart from the lack of traffic and the rickshaws there has not been a lot of change. 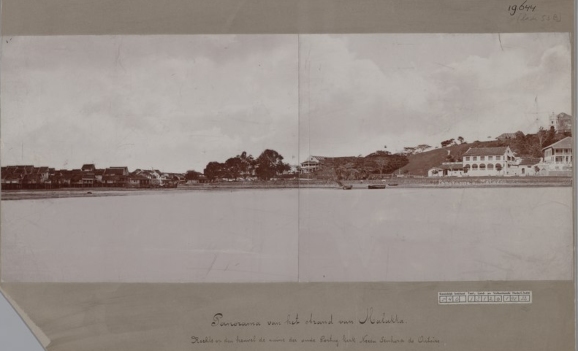 This panorama of Melaka taken in 1885 shows the extent of land reclamation which has taken place in the 140 years since. The buildings on the waterfront on the right still survive. They are now the Malaysian Architectural Museum and the Islamic Museum on Jalan Kota and are they a long way back from the sea after several rounds of reclamation. 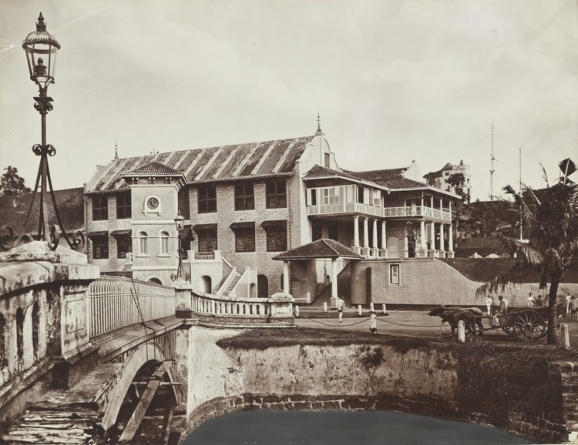 This view of the Stadthuys and clock tower in the heart of Malacca in 1900 is not much different from today except that the bullock carts are gone and have been replaced by tourist buses and colourful trishaws. Note the gas lamp. The roof of the Stadthuys looked a lot shabbier those days and the place has been tidied up considerably as you would expect since this is a UNESCO World Heritage site.

The following old Malaya photos were by another German photographer, Carl Josef Kleingrothe (1864-1925) who was based in Medan, also from the Leiden University Library / KITLV Collection of Southeast Asian & Caribbean Images, Public Domain. 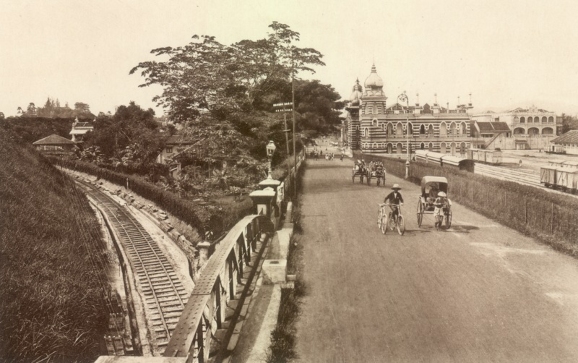 The striped building with Mughal minarets is today the National Textile Museum but when the photo was taken it was the headquarters of the Federated Malay States Railways. The road is now called Jalan Sultan Hishamsuddin and the railway track has been shifted about 100 metres to the west. Jalan Kinabalu now follows the route of the old railway line. 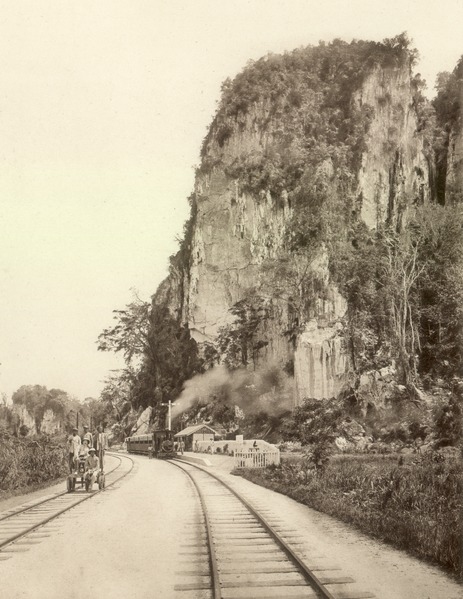 This photo of Batu Caves was taken in 1910. The modern day Batu Caves railway station is more or less in the same place and this section of Batu Caves is where Ramayana Cave and the statue of Hanuman are now located.

This photo is entitled 'Clark Road, Kuala Lumpur (from left to right): Tianchin & Co., The Dispensary Limited and Mc. Alister & Co'. Actually this lane was Holland Street (Clarke Street was around the corner) and is known today as Jalan Mahkamah Persekutuan. The building on the left has been demolished but at the right of the block  was Chow Kit & Co., a Chinese-owned western style general department store. The building still stands and houses the Industrial Court of Malaysia.

Hope you like these old Malaya photos and don't forget to go to Wikipedia Commons to see the original large format versions.