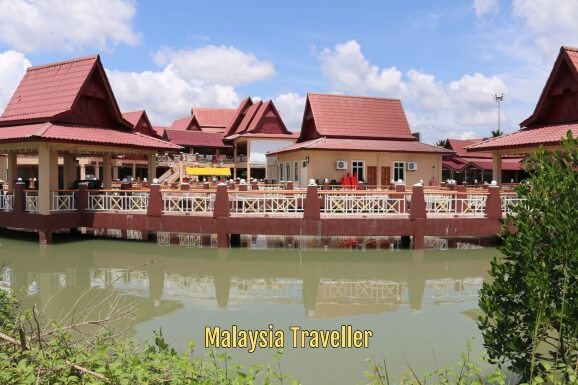 Ikan Bakar Klasik Terapung Umbai is the name given to a grilled seafood food court located next to the fishing harbour at Umbai some 12 km east of Melaka City.

This restaurant complex opened in 2004 and was built in traditional Melaka style at some expense with the aim of attracting both local and foreign tourists.

Specialising in ikan bakar (grilled fish) and other seafood delights, the village has space for 24 food and beverage stalls and six handicraft and other shops mostly arranged in a semi-circle facing an open air stage and seating area. Some of the seating pavilions are built on stilts above the water to enjoy cooling sea breezes. The whole complex is protected from the sea by a boardwalk and fishing jetty. There is also a viewing tower.

The boardwalk extends as far as the nearby fishing village of Umbai where fishing boats are moored on the banks of a river. You can hire boats to Pulau Besar from here. 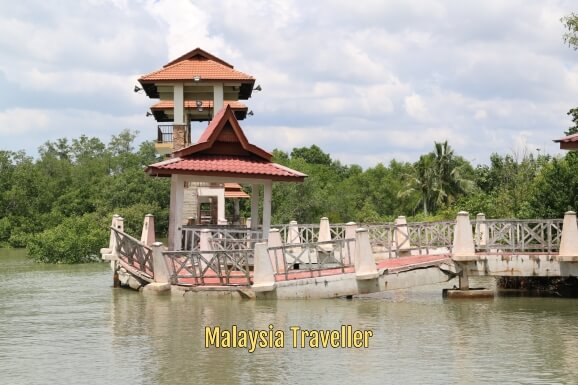 Part of the jetty is currently closed off due to storm damage.

As is typical for any ikan bakar stall you choose the fish you like and they will cook it in various styles according to your wishes. Popular choices include fried and battered squid, curried or chilli clams and ikan pari bakar.

Recent reviews are mixed with some customers complaining that only a few of the stalls are still in business, poor service, dirty toilets and food is expensive. Others however say the food is delicious and good service.

This place cost over RM 9 million to build so it would be a shameful waste if it is not used to its full potential.

The complex is only open in the evening which makes sense as its open air seating would be too hot during the day.

Open from 5pm till midnight. 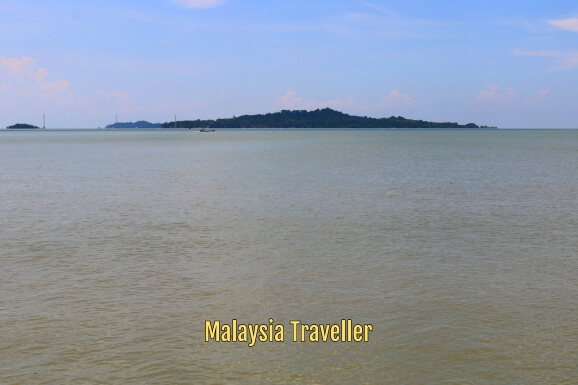