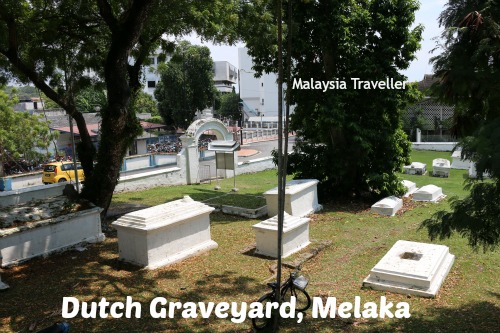 Although I have titled this page Dutch Graveyard, I am writing about all the graves found on and around  St Paul’s Hill which are located in three different areas. The first area is inside the walls of the ruined St. Paul’s church where a number of mostly Dutch headstones are propped up against the walls. The second area is on the hillside surrounding the ruined church.  These are a mixture of Dutch and British graves. Thirdly, there are 38 graves located in the old cemetery at the foot of the hill, known as the Dutch Graveyard. 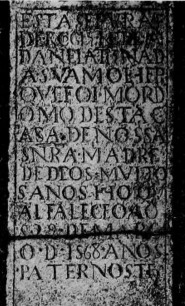 The oldest tombstone on St. Paul’s Hill, Malacca goes back to 1568, during the Portuguese colonial period. The translation of this inscription reads something like:

This is the Grave of R. C(?)and of Magdalene Trindade his wife.

He was Major-domo of this House of Our Lady the Mother of God for many years,

Most of the other surviving Portuguese headstones were moved to Christ Church at Dutch Square. 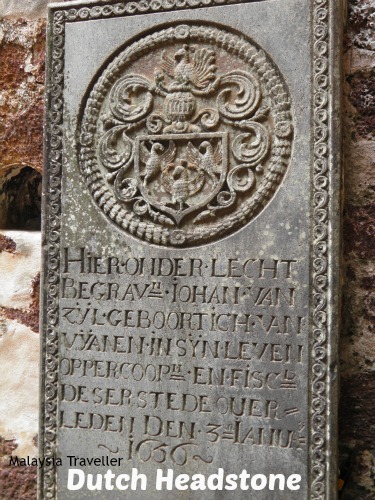 The Dutch period headstones (1640-1795) inside the ruin of St. Paul’s are huge and very well preserved and decoratively carved on a type of stone which is not found locally suggesting that they may have been brought over from Holland. 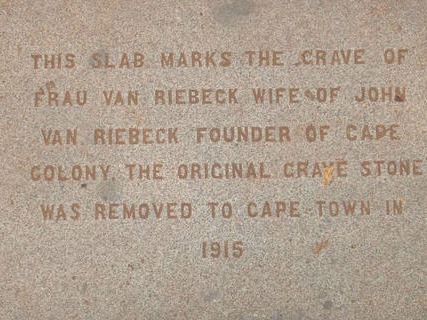 Some large graves are scattered on the hillside near the footpath linking St Paul’s to A Famosa Gate: 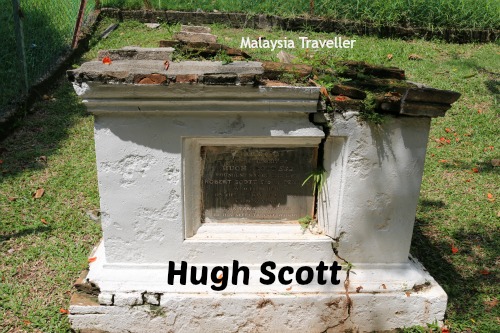 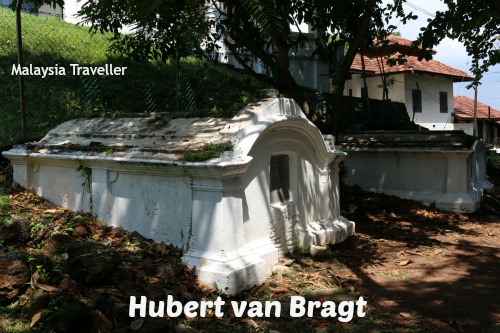 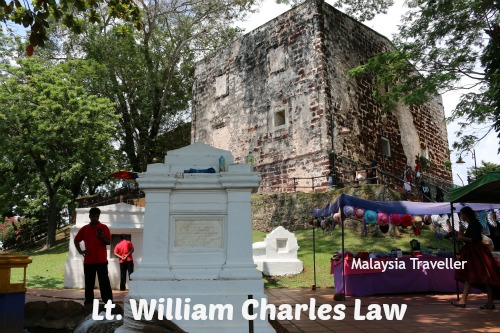 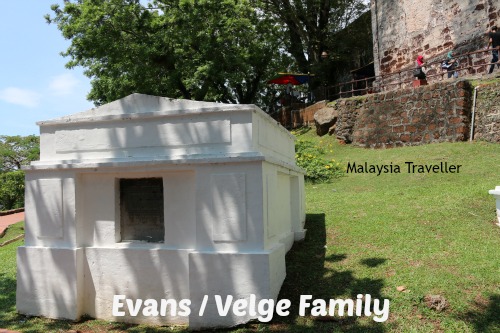 This large vault contains the remains of six family members who all died within a short period. Malaria perhaps? 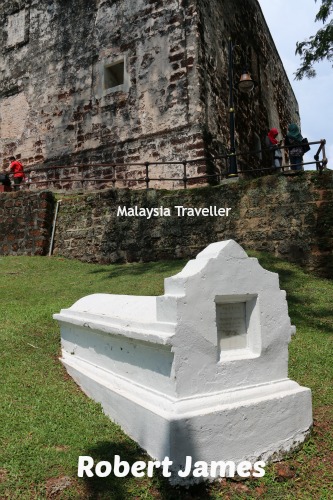 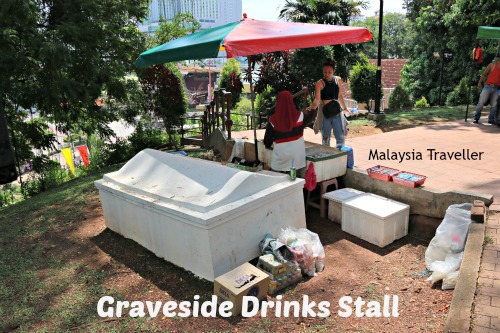 A vendor finds this grave useful for arranging her wares. 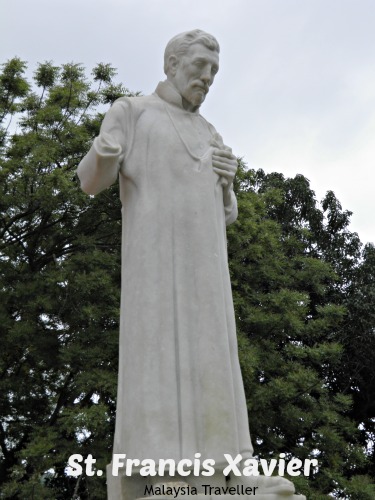 St. Francis Xavier’s body was temporarily buried in St. Paul’s Church, Malacca in 1553 before being shipped to Goa, his final resting place. A statue commemorates this VIP former resident. 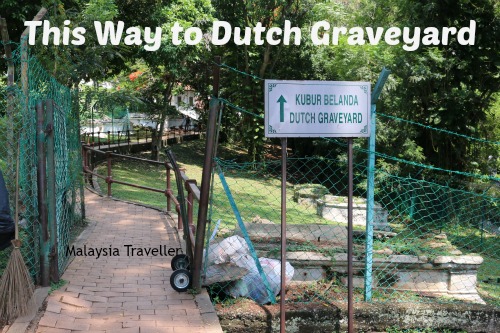 From St. Paul’s, a path leads behind Melaka Sultanate Palace to the main cemetery known as Dutch Graveyard (the graveyard can also be reached from Jalan Chan Koon Cheng, on the corner with Jalan Kota). Despite its name the graveyard contains only 5 Dutch graves from the period 1670-1682 and 33 British graves (military personnel and their wives) from the period 1818-1838.

When the Dutch used this cemetery it was known as St. Anthony’s Kerkhof (graveyard). The British only began to use it in 1818 starting with Naval Captain John Kidd while the last person to be buried here was the wife of a British Army Officer in 1838. 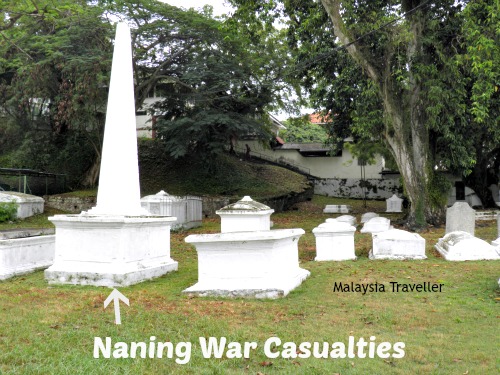 The tall column marks the grave of two army officers who were killed during the Naning War from 1831-1832. Their names were Lt James White aged 25 and Lt E V Harding aged 24.

Here is the full list of those gravestones which are still identifiable:

How to Get to the Dutch Graveyard

I have marked the exact location on this map.

The Dutch Graveyard is located in the heart of Melaka, a UNESCO World Heritage site, and is surrounded by places of interest. Read more on my Melaka Heritage Trail page.