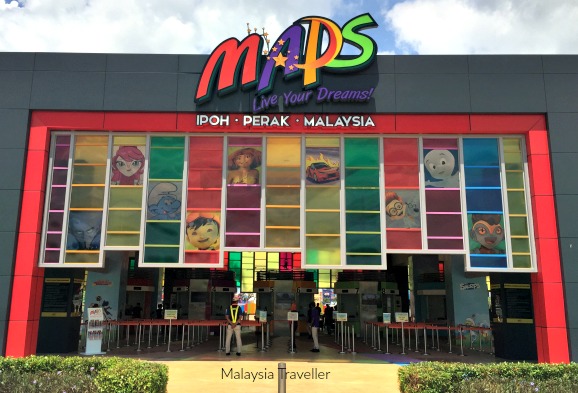 It has been closed since January 2020.

Movie Animation Park Studios or MAPS Ipoh is a popular addition to Malaysia’s growing list of theme parks. It is said to be Asia’s first animation theme park and is located in Ipoh, Perak. It features Malaysian animated characters like BoBoiBoy as well as international characters such as Casper the Friendly Ghost, The Croods, Megamind, the Smurfs and Mr. Peabody & Sherman.

The park soft-opened in June 2017. One of the park’s 6 themed zones, the Dream Zone, was still undergoing testing and was not yet open to the public. Completion was expected in late 2017 but as at January 2020 the Dream Zone is still not open . Perhaps there has been a change in strategy. 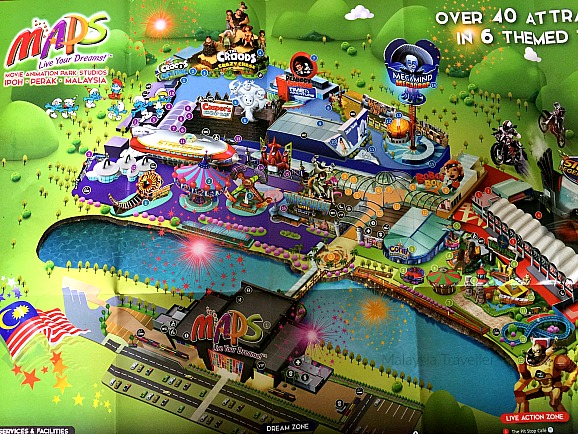 Over 40 Attractions in 6 Themed Zones

Since August 2019 you can now enter the park for free and just pay per ride and attraction. The park uses a reloadable cashless MAPS e-pay card system with a minimum top-up of RM10.

Closed every Wednesday, except during school & public holidays.

How to Get to MAPS Ipoh

You can find the exact location on this map:

There is a large parking area in front of the entrance. Currently parking is free but the ticket barriers are in place so perhaps a parking charge will be introduced later.