Here is some Malaysia Traveller Trivia on Banks, Banknotes, Barbers, and Bas Mini.

There are 47 licensed commercial and Islamic banking institutions operating in Malaysia of which 29 are foreign banks.

There are a further 15 investment banks.

Bank Negara Malaysia used to issue banknotes in RM500 and RM1000 denominations but these were withdrawn from circulation on 1 July 1999 to make it harder for speculators to transport large sums of cash outside of the country in contravention of Malaysia’s currency controls at that time.

Malaysia’s new 4th series of banknotes issued in 2012 included polymer notes for the RM1 and RM5 denominations. This is the first time ‘plastic notes’ have been in circulation in Malaysia. 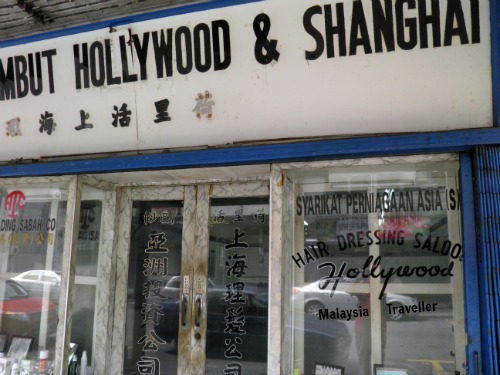 Malaysia still has many old fashioned barber shops where men and boys can get a scalping or a shave for a reasonable price.

Anyone who lived in or visited Kuala Lumpur during the 1980s or early 1990s will probably remember those pink mini buses that used to zoom around the city’s roads with complete disregard for the safety of other road users or the comfort of the bus passengers. These crowded and non air-conditioned Mercedes mini buses were frequent and fast and only cost 50 sen or so.

Now they have all gone. They were discontinued in 1998 and replaced by big buses. Nostalgic Bas Mini lovers can find one preserved at the National Museum.