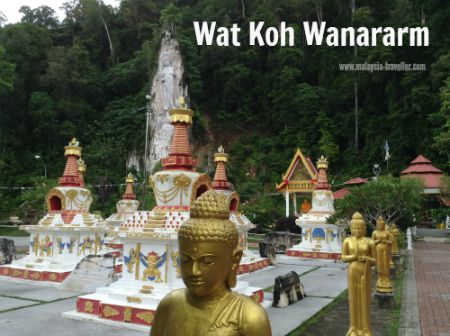 There are a couple of Thai Buddhist temples in Langkawi which are worth visiting: Wat Koh Wanararm and Wat Tham Kisap.

They are located a short distance outside Kuah town 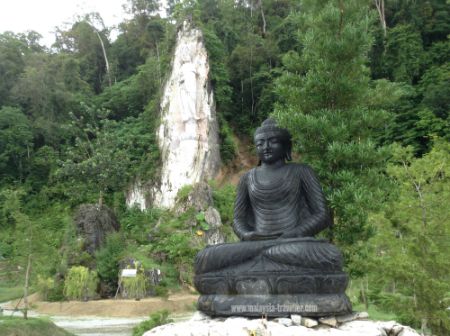 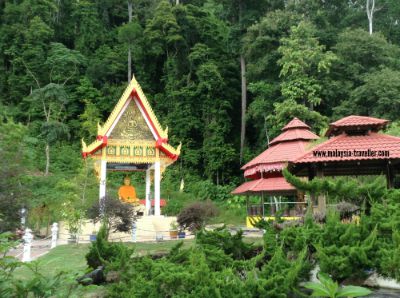 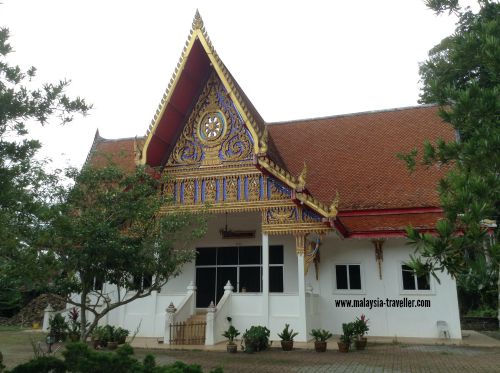 This temple complex is still undergoing expansion and construction. So far the compound comprises the following:

Behind the Kuan Yin is a path leading up the hill where there are supposed to be caves used by monks for meditating One of these caves was rumoured to be home to a giant snake. I did not go up there myself to verify. 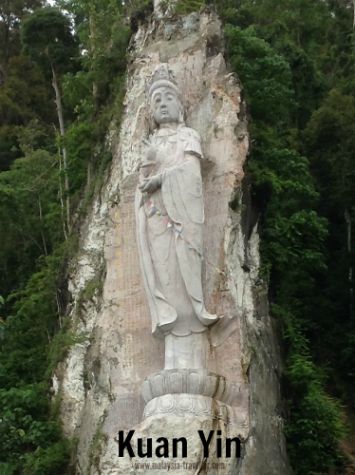 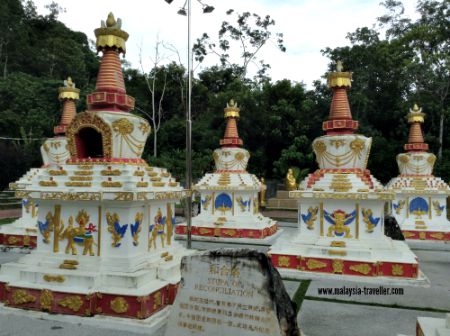 How to Get to Wat Koh Wanararm

The location is marked on the interactive map on the Top Langkawi Attractions page.

The area is called Bukit Putih. If you are driving from Kuah, take Jalan Air Hangat (route 112). Just outside Kuah you will see the turn off to the temple on the right immediately opposite the MARA college building (Maktab Rendah Sains Mara). The turn off is signposted. 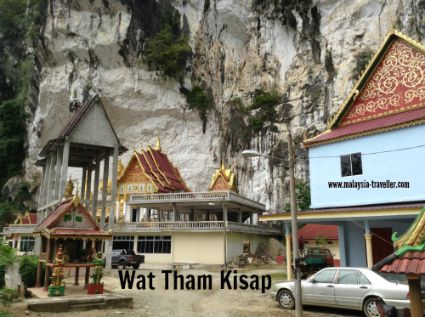 Another Thai Buddhist temple located just a short distance away is Wat Tham Kisap. You could describe it as a cave temple since it is located at the foot of a limestone hill where there is a small recessed cave under the overhanging cliff.

There are a number of temple structures here, some still under construction, and plenty of statues and figures, including some life sized elephant statues.

Unfortunately we were unable to view inside this temple because a couple of hostile dogs belonging to the builders did not want us around.

Next door to this temple is a modest Indian temple making use of the hill’s overhanging cave feature.

I notice that there is a quarry close by called Kedah Marble which is slowly eating away the limestone hill. Better visit these temples soon before the whole mountain disappears! 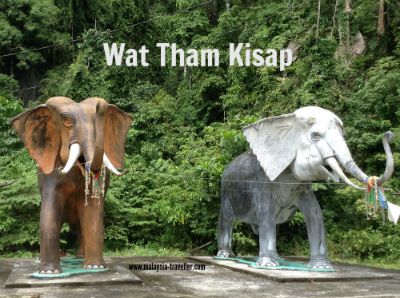