Teluk Intan is a town in the Hilir Perak district of south west Perak state, on the banks of the mighty Perak River. According to Wikipedia it has a population of 120,000 but it seems much smaller. Certainly the town centre area, which is almost surrounded by a giant loop in the river, has a small town feel to it.

The town used to be called Teluk Anson, in honour of the British official who helped to establish it in the 1880s.

The town is most famous for its pagoda shaped clock tower, nicknamed the Leaning Tower of Teluk Intan due to its definite tilt. Those tourists who make the effort to come to Teluk Intan usually take a look at the leaning tower and leave but there are more heritage buildings and places of interest for lovers of history and they are mostly located in a compact area of the town centre which can easily be covered on foot.

I have marked these Teluk Intan Attractions on this map: 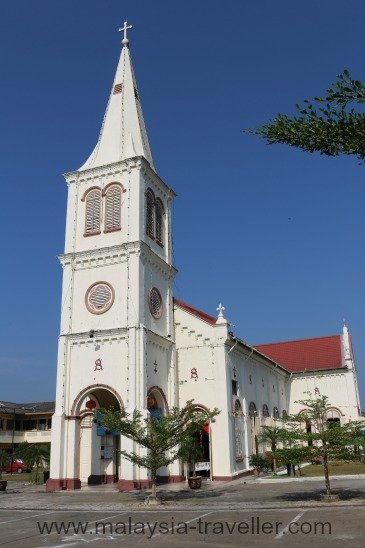 This completes my list of Teluk Intan Attractions but for railway enthusiasts I have posted some more photos relating to the former railway station which can be seen on my Great Malaysian Railway Journeys website.

Too much to see in Teluk Intan in one day? There are a few hotels here to choose from. Take a look at Agoda's website for a list of available rooms at discounted rates.