Penang Murals. George Town, Penang has become famous in recent years for its whimsical street art and murals, transforming drab and tatty shophouse walls into tourist attractions in their own right. Other towns in Malaysia, such as Ipoh and Melaka, have noticed Penang's success and have installed their own versions. 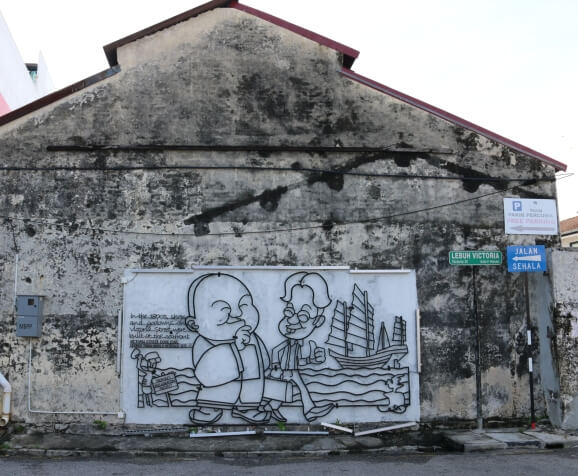 This mural on Victoria Street has transformed a very scruffy wall into a work of art.

Here are some examples of the murals which come in two styles: 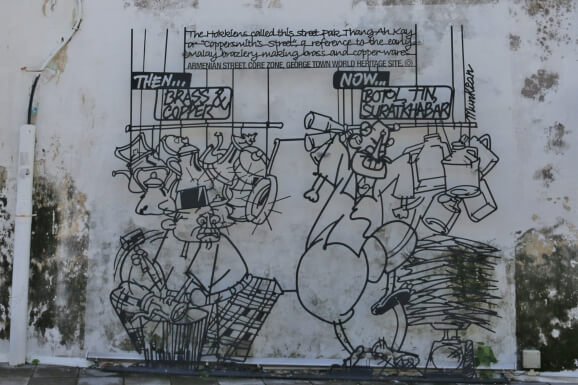 This mural on Armenian Street comments on how old brass and copper making trades have been replaced by recycling glass, tin and newspapers. 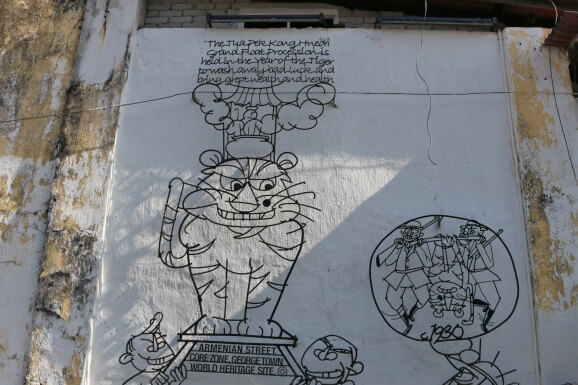 Another mural on Armenian Street. 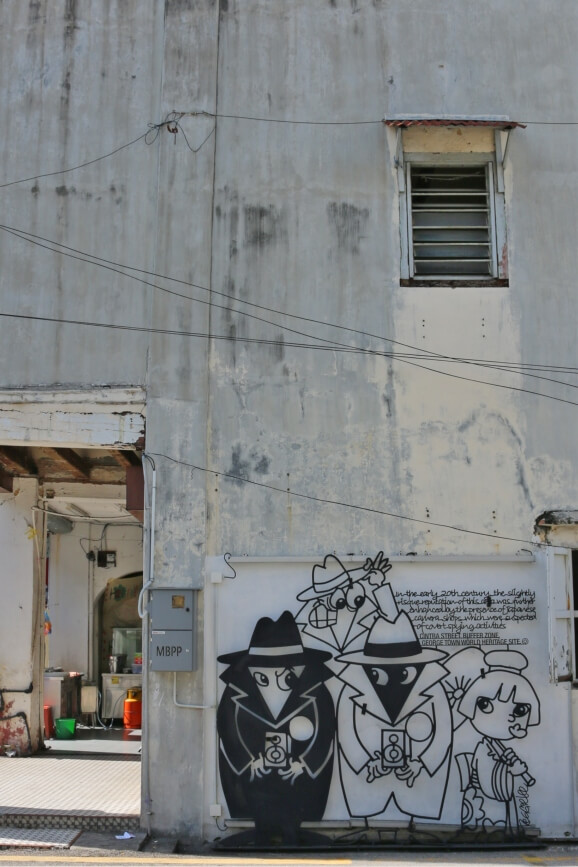 This humourous Spy vs. Spy mural hints at how Cintra Street was home to Japanese brothels and Japanese spies in the early 20th century. 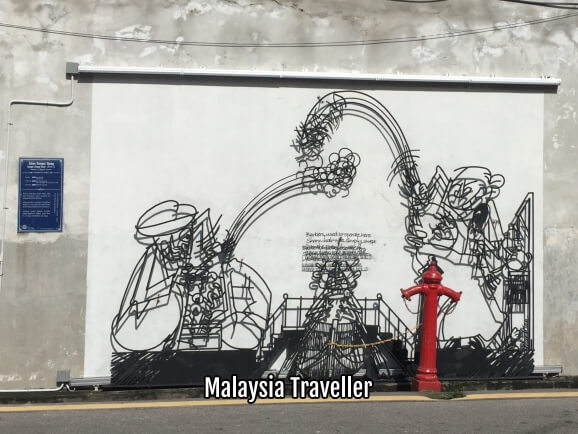 This wrought-iron mural on Jalan Sungai Ujong incorporates a fire hydrant into the image. 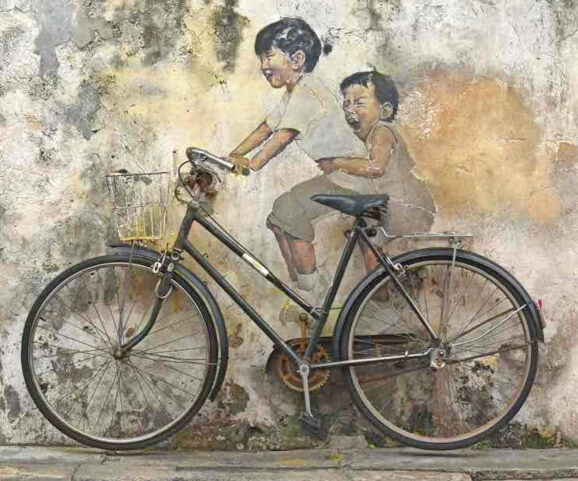 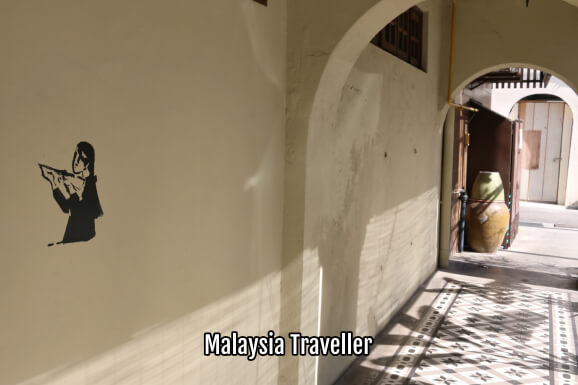 A budding Banksy has painted this grafitti-style artwork on the wall of Campbell House Hotel.

You can download a map and brochure showing the locations of 70 murals with information on the artists from Penang Global Tourism's website or by clicking here.