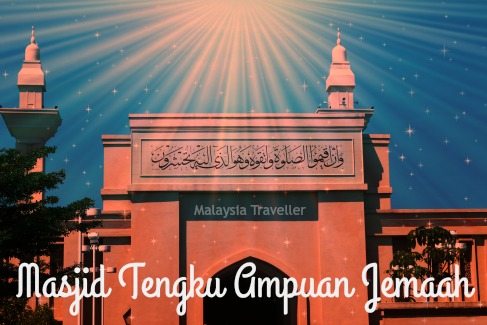 Masjid Tengku Ampuan Jemaah is a relatively new mosque located in Section 8 of Bukit Jelutong, a growing township on the outskirts of Shah Alam, Selangor.

It is a royal mosque named after, and built in memory of, the Sultan of Selangor’s late grandmother. Construction began in 2010 and was completed in 2012. It was officially opened by the Sultan on 13 March 2013. 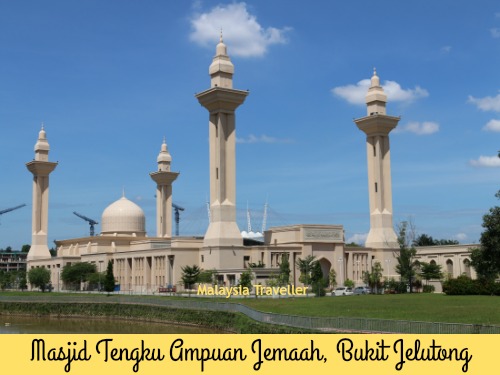 It was constucted by Sime Darby, the main developer of Bukit Jelutong, at a cost of RM 23 million. Sime Darby contributed RM 6 million towards the cost, the Selangor Royal Family donated a further RM 6 million and the balance was paid for by the Selangor State Government.

It is built on an impressive scale and fills a 12.5 acre site. The mosque can hold 4,000 worshippers and serves as a community centre for the surrounding township.

The clean design is based on traditional Middle Eastern Islamic architecture and the exterior is mostly unadorned apart from Quranic inscriptions above the main entrances. It has four massive identical minarets and a central dome.

Inside is spacious and airy and includes interior courtyards with water features. The main prayer hall has red carpeting and large circular chandeliers of the sort seen in Istanbul’s grand mosques. There is a multi purpose hall, a resource centre, exhibition space, lecture rooms and a childcare centre. 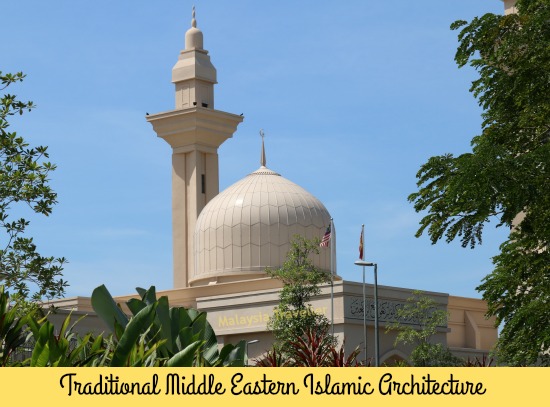 How to Get to Masjid Tengku Ampuan Jemaah

From the E35 Guthrie Corridor Expressway you need Exit 3508.

You can check with the mosque’s Facebook page for news updates and further information.