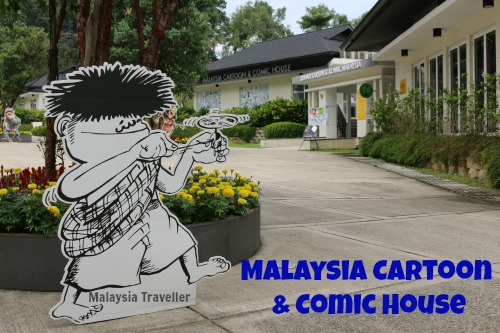 This fun and colourful gallery showcases the history and development of cartoon and comics in Malaysia from the 1930s up to the present day.

Hundreds of colourful cartoons and comic strips are on display, many of them the original art work which had to be hand drawn and worded in the days before scanners made the job somewhat easier.

The early vintage artworks are considered as priceless national treasures providing visitors with a unique social commentary on life in Malaya and Malaysia in days gone by. 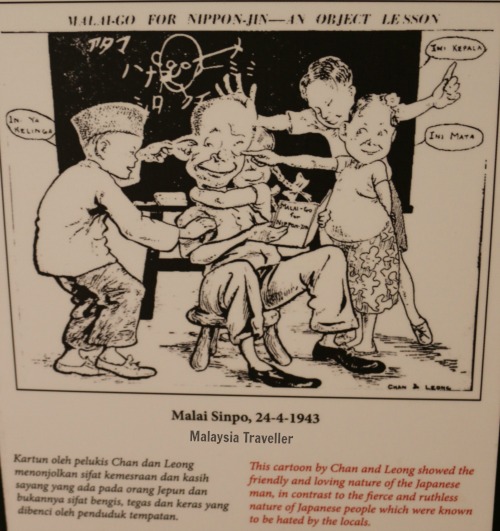 Most of the cartoons are in Bahasa only but some are in English or have English explanations such as this wartime propaganda from 1943 (above). Cartoons were used by both the Japanese and the British to win over the hearts and minds of the Malaysian people. 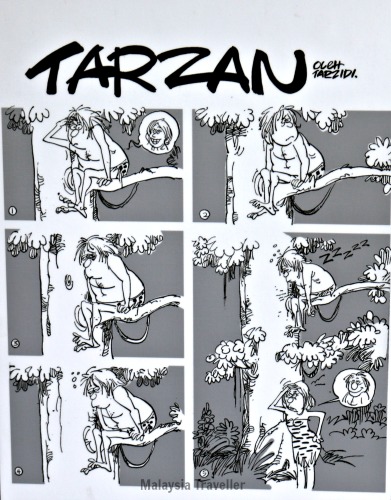 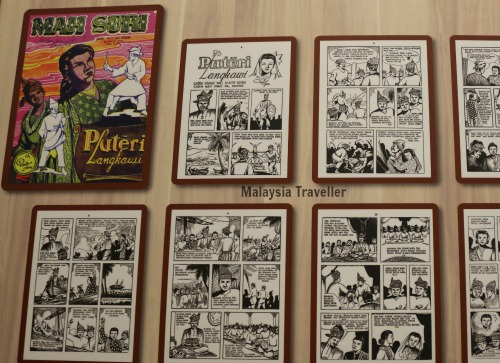 Popular local legends and historical heroes often appeared as subject matter in some of the earlier comic strips such as this one about Mah Suri, Puteri Langkawi. 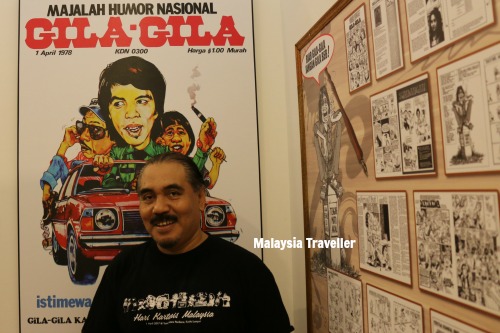 I was fortunate to be guided around the gallery by Mr. Tazidi Yusuf, who is the curator of the gallery and a cartoonist himself. He worked for a time with Gila-Gila, Malaysia’s equivalent of Mad Magazine, and some of his original artworks are on display. 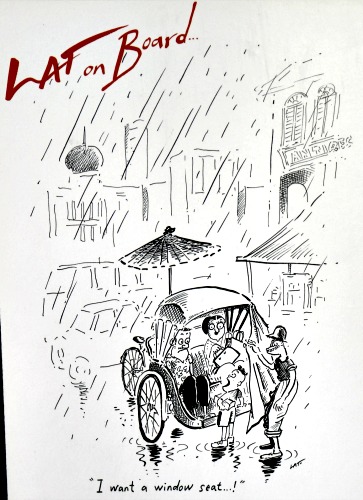 Datuk Lat (Dato’ Mohammad Nor Khalid) is one of Malaysia’s most famous cartoonists and many of his works are featured in the gallery. 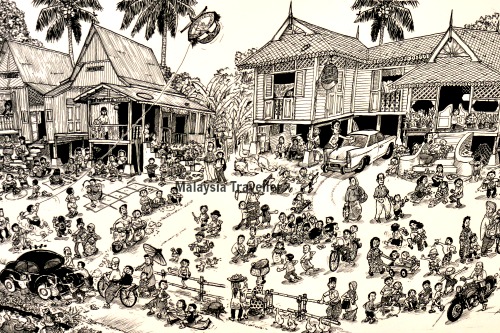 I love these kampung scenes. 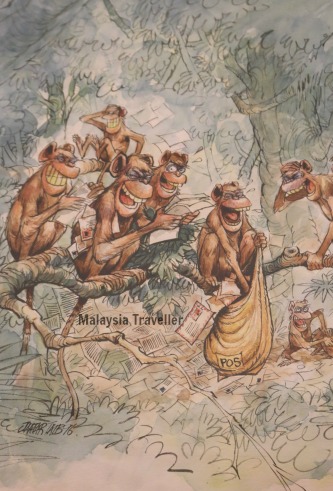 There are examples of newspaper and magazine cartoons using political satire to provide the government of the day with powerful but soft criticism when things are not as they should be. This great cartoon by Jaafar Taib in 1996 was in response to reports that postmen were just dumping mail in the forest rather than delivering it. 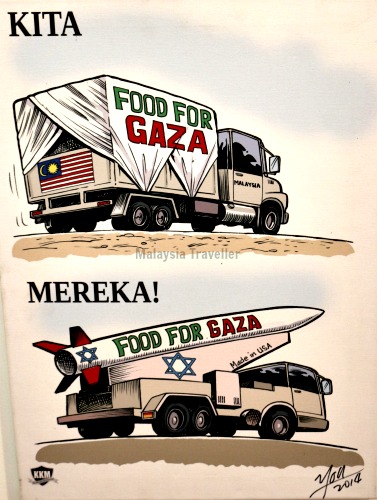 Stronger political messages can also be conveyed through cartoons such as this one in support of Palestinians in Gaza. 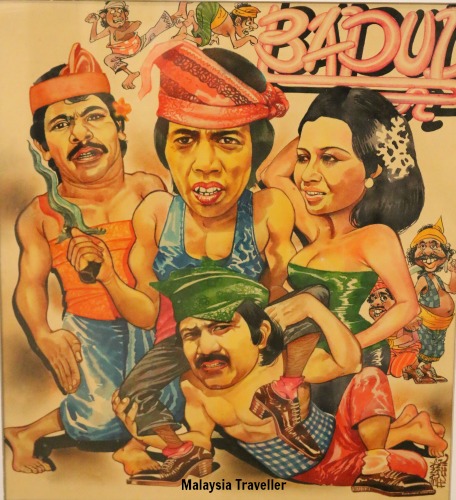 It is interesting to see how popular culture has changed over the decades. In the more liberal 70s, cartoonists could draw sexy Malay characters in their cartoons which might be frowned upon in more conservative modern Malaysia. 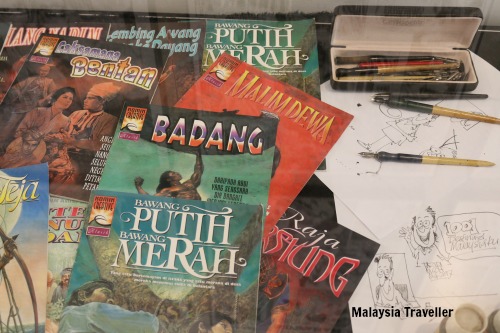 The gallery also displays some of the old ink pens which cartoonists used to use.

Being a big fan of cartoons and comics I really enjoyed this gallery and it was made more pleasurable by being guided by one of the cartoonists himself. Conveniently located in KL Lake Gardens, a visit can easily be combined with some of the many other nearby attractions. A  Herbarium is located immediately opposite the gallery.

There is a small gift shop selling comic books, cartoon themed T-shirts, tote bags, badges and so on.

How to Get to Malaysia Cartoon and Comic House

I have marked the exact location of Malaysia Cartoon and Comic House on the map on my Top KL Attractions page. There is a public multi-storey carpark right next to the gallery (entrance on Jalan Tanglin, RM 4 per entry).