The kris of Malaysia (or keris) is a traditional straight or curvy-bladed dagger which is an important component of ceremonial dress in Malay culture. The wavy design of the narrow blade creates a large and severe wound from which victims seldom recover. Added to that, some legendary krises are believed to possess magical powers to add to their invincibility. The most famous were given their own names. Fortunately nowadays they are regarded more as decorative status symbols and rarely used as weapons. Designs can range from simple to highly ornate and jewel-encrusted, costing tens of thousands of dollars. 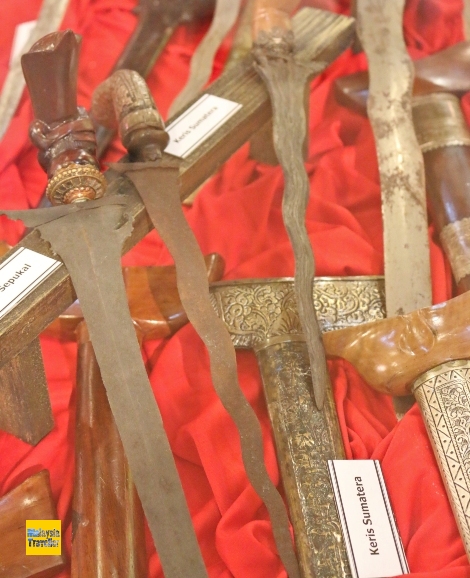 Kris from Malaysia, Indonesia and elsewhere in Southeast Asia on display at the Malay & Islamic World Museum, Melaka. 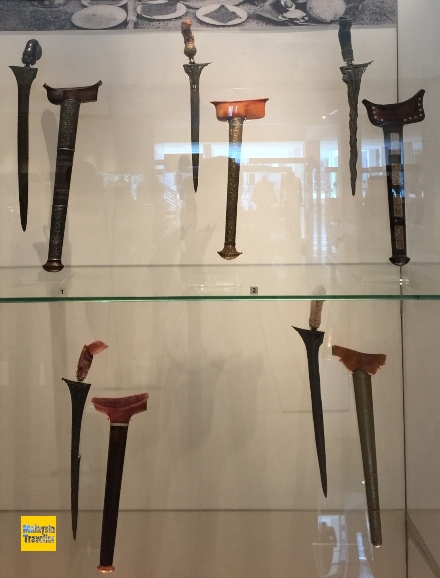 A selection of kris at the Islamic Arts Museum, KL.

The most distinctive part of the kris is the blade, which is typically made of pattern-welded iron or steel and often decorated with a beautiful design. The hilts are usually made of wood but sometimes of horn, bone or ivory. They are often decoratively carved into  animals, birds or mythical creatures like the garuda. The sheaths are usually made of wood, sometimes covered in metal. The sheath has a wide wooden crosspiece, often in the shape of a boat, to protect the guard on the blade. 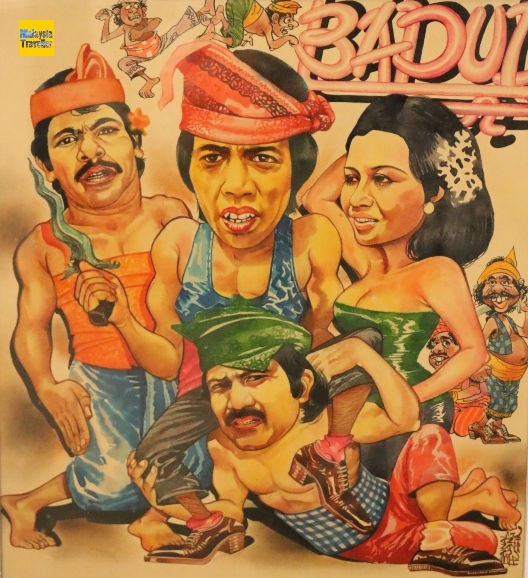 Kris have found their way into popular culture such as this example at the Malaysia Cartoon and Comic House. 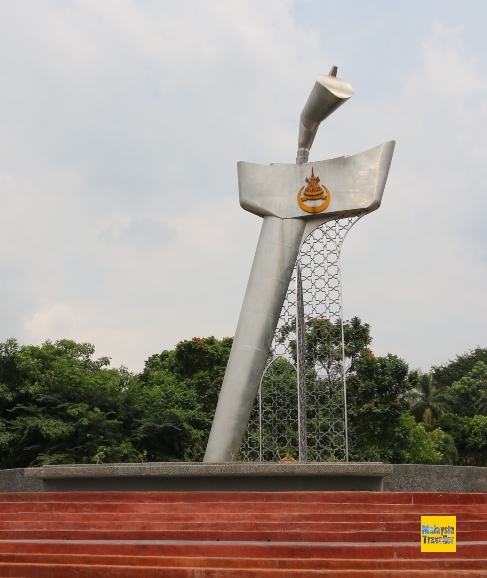 Some say the kris dates back to the 14th century Majapahit Empire in Java, where they were used for religious ceremonies rather than combat. The skills of the smiths were regarded as magical. Kris are considered sacred heirlooms. 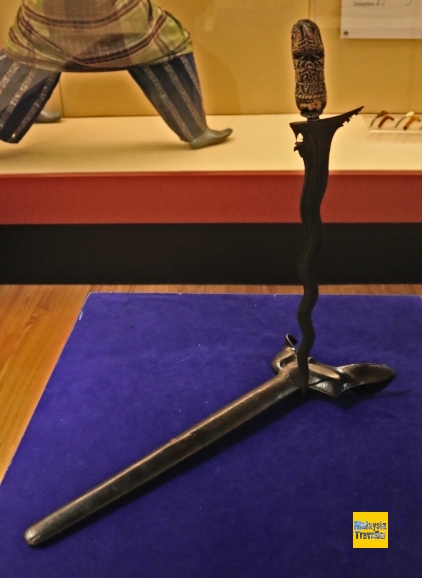 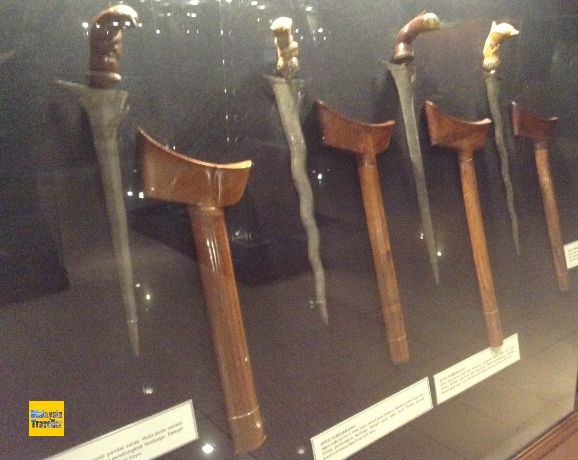