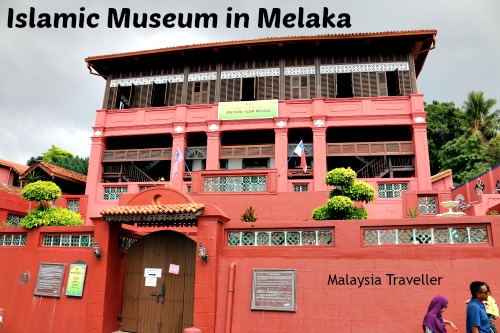 Islamic Museum Melaka was officially opened in 2001 in an old colonial building on Jalan Kota in Melaka’s Bandar Hilir district.

The exact date of construction is uncertain but it has been estimated to date from the 1850’s meaning that it is a piece of British colonial architecture not Dutch as has been wrongly stated in many websites. On the other hand it may have been remodelled and enlarged from an earlier Dutch building so perhaps both arguments are correct.

Its airy design with full length windows on the upper floor would have been designed to catch the cooling sea breezes as this building originally stood on the shore line before extensive land reclamations were carried out. 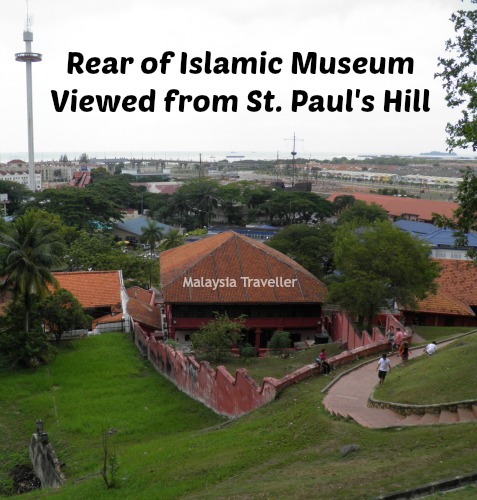 The museum contains over 100 exhibits including religious texts and documents, displays on the five tenets of Islam, a collection of krises bearing inscriptions from the Holy Quran, paintings of mosques, wood carvings and books. The museum tells the story of how Islam came to be introduced to Malacca and spread around the region.

How to Get to Islamic Museum Melaka