One of Terengganu's most popular attractions is the Islamic Civilization Park (Taman Tamadun Islam) featuring scaled-down replicas of 22 famous monuments from the Islamic world.

The park claims to provide 'edutainment' and visitors can learn about the spread of Islamic civilization by marvelling at the detailed replicas of 22 famous mosques and tombs from around the world. 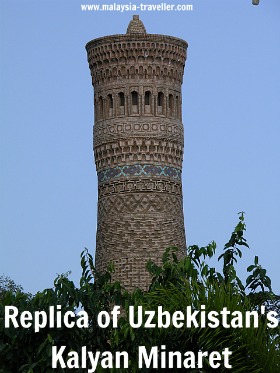 The 22 Islamic architectural wonders recreated in the park are:

- Dome of the Rock, Jerusalem

The park also contains a water wheel and a 3D cinema screening a virtual hajj. 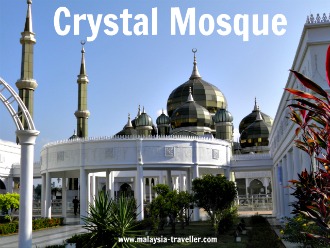 On the same island, but outside the perimeter of the Monument Park is the famous Crystal Mosque, a convention centre, a shopping arcade, food court and river cruise jetty.

There is also a lake with paddle boats.

Guest houses which can accommodate 6 - 7 guests each are available for rent at about RM400 - RM450 per night.

Various packages are available for groups and families, some of which include a river cruise and meal options. See the park's official website for details. Or you can call their ticket counter on +609-627-8891.

Basic admission to the Monument Park only is:

How to get to the Islamic Civilization Park

For drivers, the location is marked on the map on my Top Terengganu Attractions page.

Details of bus and water taxi transportation are available here. 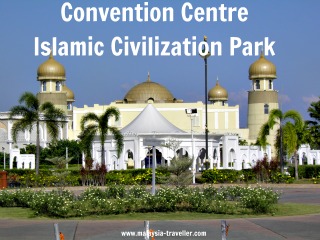