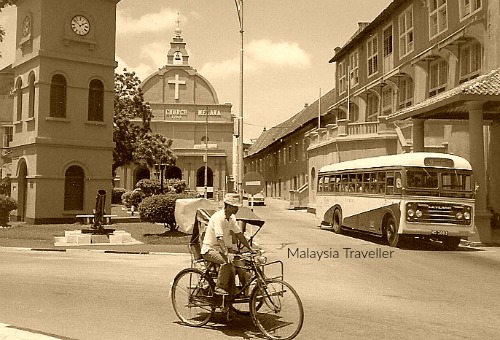 It is sad but inevitable that cycle rickshaws, as a means of public transport, are facing extinction in Asia.  In Melaka back in the early 1980s, cycle rickshaws (or trishaws, or pedal rickshaws, or pedicabs or tricycles as they are also known ) were still used as a poor man’s taxi and they were a charming, unhurried way to get around the town centre which those days had far less traffic.  From a trishaw you could get a close up view of the streets and ask the driver to pull over anytime something interesting caught your eye. 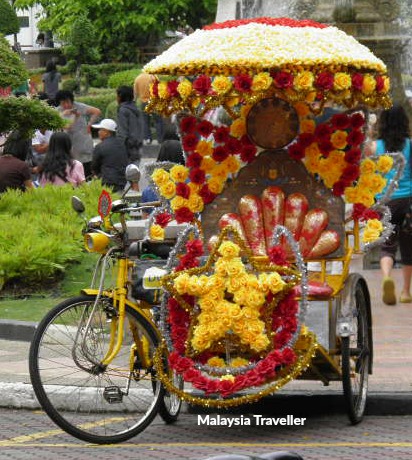 Nowadays the few remaining trishaws in Melaka are elaborately decorated with artificial flowers and fitted with a boom box under the seat playing noisy music. They rarely stray far from the main square in front of Melaka’s old Dutch-era Stadthuys and Christ Church. The trishaw drivers prey on the coach loads of tourists and no doubt charge a good sum for a quick spin round the block or to pose for a photo.  Who can blame them? They have to make a living somehow and there is not much money to be made these days from operating trishaws as licensed cabs.

You can read more about Asia's disappearing trishaws on my Thrifty Traveller blog.