Of the 36 years from 1980-2015, Chinese New Year falls in January 12 times and in February 24 times. The earliest Chinese New Year’s day during that period falls on 22nd January and the latest is 20th February.

In common with Chinese communities the world over, Chinese New Year in Malaysia is celebrated with deafening lion dances, lavish firework displays and extravagant entertaining. 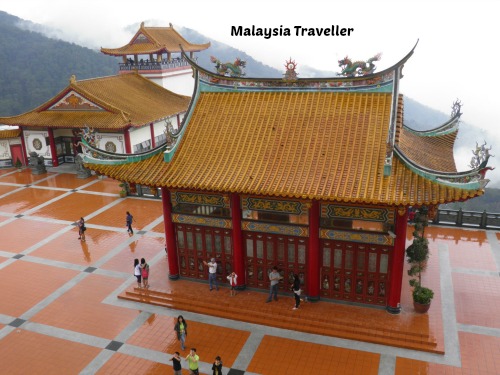 Chin Swee Caves Temple is situated about 4,600 feet above sea level in the Genting Highlands just down the hill from Resorts World’s casino, theme park and hotel complex. One of the most interesting features of the temple is the Ten Chambers of Hell. These are a series of grottos cut into the hillside containing life-sized figurines depicting the grisly scenes which many Chinese believe await sinners after death.

1st Chamber. This is a kind of sorting office where the actions of the newly deceased are reviewed. If you have been a good person you will go straight to the Western Pureland of Great Bliss (Buddhist heaven). On the other hand if you have committed good and evil in equal measure during your life you will be reborn back into this world. You proceed directly to Chamber 10 where you will be allocated a new rebirth. If you have committed more evil than good you will sent to one of the other chambers of hell to receive your punishment. 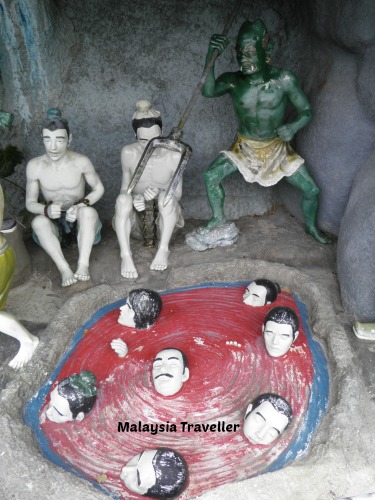 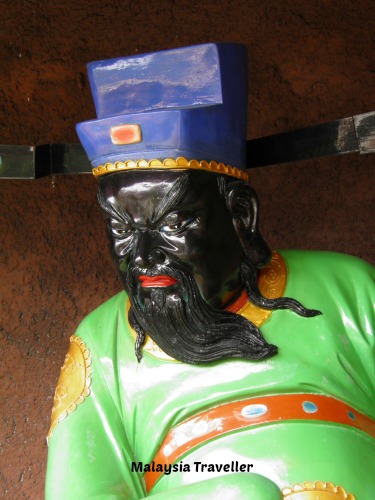 4th Chamber. This hell is for tax evaders, purveyors of fake medicines, drug dealers, cheating salesmen, bullies, deceivers, litter-bugs (seems a bit harsh?) and those not taking care or the poor and elderly. 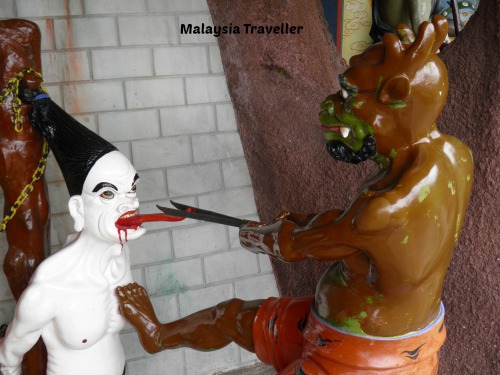 5th Chamber. Known as the howling hell, this is reserved for the stingy, those who like to fight and gamble, people who are jealous of the kind hearted, rapists, killers, human rights abusers, shooters of poultry and birds and destroyers of water sources. 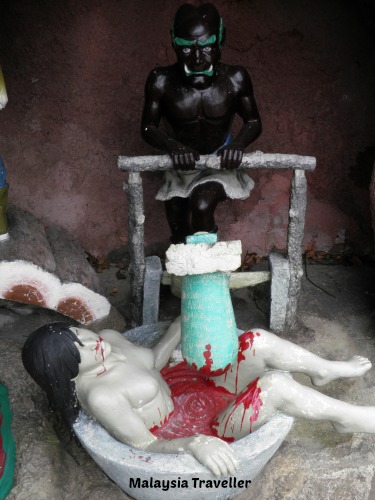 6th Chamber. The great howling hell. For those who disrespect Buddha and other Gods, violate ethical practices, vandals and food wasters. 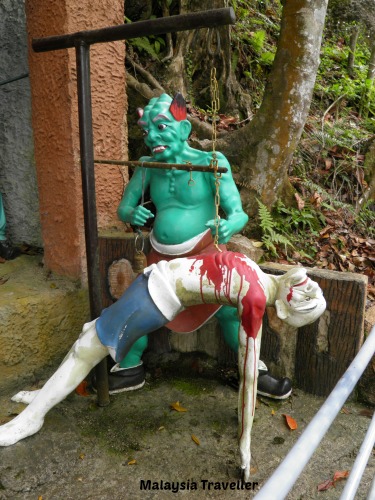 8th Chamber. Intense heating hell. For those who cause fear, panic, sadness or worry to their parents or in-laws. 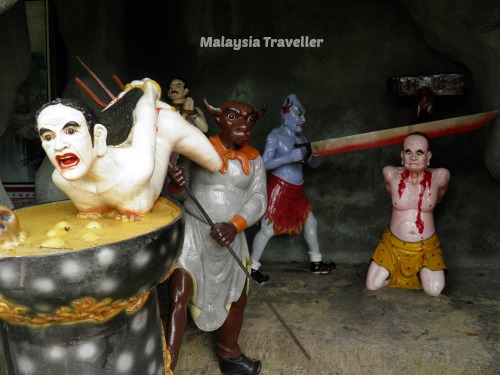 9th Chamber. The ultimate torment chamber! For those who set fire to homes, destroy others’ property, cause confusion, engage in abortion services, entice young men and rape young girls. 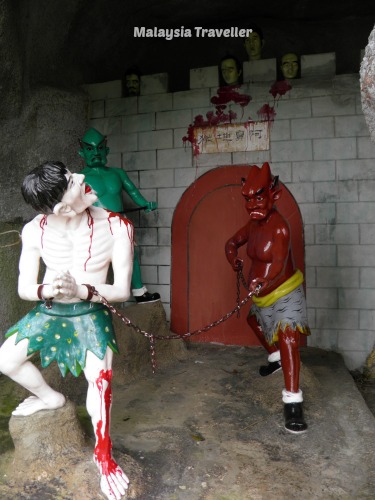 10th Chamber. This chamber is for those who are going to be reincarnated back into this world. The controller will determine whether you will be re-born rich or poor, male or female and so on based on the merits and demerits of your past actions. You will then be given a drink which will wipe out all memory of your past life.

If you find this subject interesting you might like to read more on Journeys To The Underworld.

Chinese restaurants will normally provide chopsticks but for foreign visitors lacking chopstick skills, forks are available on request. Malay food is usually eaten with a fork and spoon (fork in the left hand and spoon in the right). Eating with the fingers is also quite popular. Only the right hand should be used. The same applies to Indian food and any restaurants specialising in banana leaf dishes, where rice and dishes are served on a piece of banana leaf instead of a plate, would expect customers to eat with their fingers. They will understand if foreigners ask for a fork and spoon. 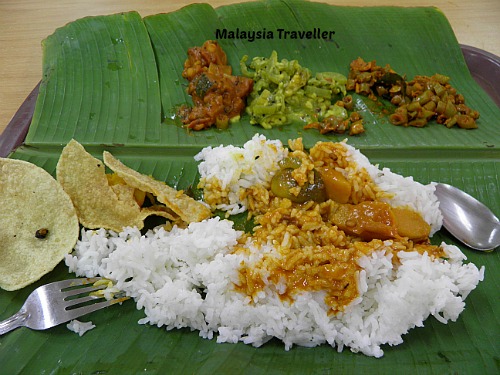 It is reckoned that about 22% of the population smokes. The Government’s anti-smoking drive introduced a minimum price of RM7 per pack of 20 in the 2012 budget. Even though this is still cheap by world standards, some smokers may resort to buying smuggled ciggies from Vietnam which can be had for as low as RM2 per pack.

Some commentators have claimed that Malaysia has a bloated civil service numbering around 1.3million out of a total population of 27 million. Comparing such statistics with other countries is fraught with difficulty – do you include armed forces for example? How about nationalised industries?

Whether these favourable comparisons for Malaysia are an indication of civil service efficiency or just a consequence of low public sector staff costs is another matter.