The first letter on license plates denotes the state where the vehicle is registered as follows:

Like many countries, prestigious or personalised number plates in Malaysia are highly sought after. The most expensive number plate sold at auction so far was WWW1 which sold for RM520,000 in May 2012. 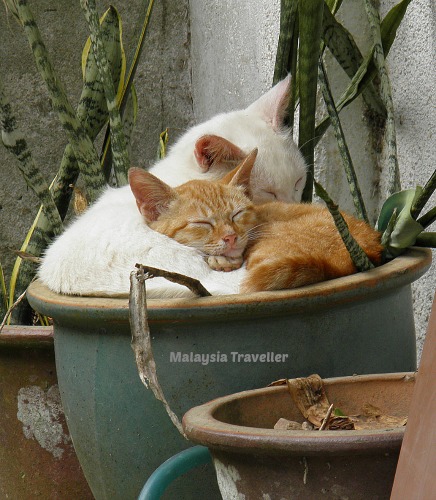 According to Malay Magic by Walter Skeat “it is supposed to be lucky to keep cats because they long for a soft cushion to lie upon and so (indirectly) wish for the prosperity of their master.” However it is very unlucky to kill a cat. And they must be prevented from coming into contact with a human corpse otherwise the deceased might suddenly spring to its feet!

Since 1923, the Causeway has been the main road and rail artery between Singapore and Malaysia. It can get very congested with traffic, not helped by having border controls at each end. Singaporeans must leave Singapore with at least a three-quarters full petrol tank to prevent drivers from popping over the border to fill up with cheap Malaysian petrol.