The official language of Malaysia is Bahasa Malaysia, also referred to as Bahasa Melayu or simply Malay. Regional varieties of Malay exist in states such as Kelantan, Kedah and Terengganu.

Nowadays Bahasa is normally written using the Latin script (rumi). The Malay alphabet in Malay is mostly made up of the same letters as English. Consonants are pronounced more softly and are not aspirated. A few pronunciations to watch out for:

Spellings of Malay words had to be standardised when Bahasa Malaysia was first adopted as the official language for official purposes to replace English. Further standardisation took place in the 1970’s to align the spelling of the Indonesian and Malaysian versions of Bahasa.  For example the word for ‘new’ was often spelt as bharu or baharu instead of the standard Malay spelling of baru. 'Shillings' turned into syilling, kampong became kampung while the word for ‘water’, confusingly for English speaking foreigners, changed its spelling from ayer to air. Newly arrived foreigners looking to fill up their car tires with air often end up at the water tap instead. This is probably why petrol stations put air pumps and water side by side, to save the foreigner from embarrassment. 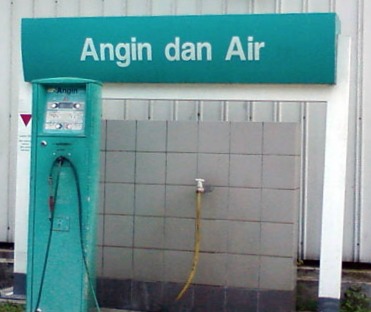 The town Ayer Hitam in Penang has not changed its name to Air Hitam but other place names had to adapt to the standardised spelling. Trengganu became Terengganu for example. Adding an additional 'e' which is never pronounced seems an odd thing to do but then languages are never straightforward. 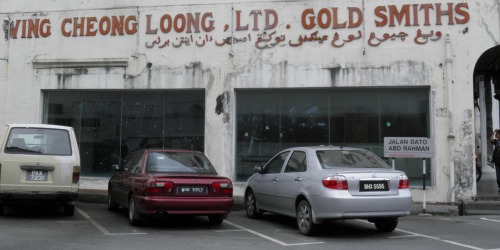 The old Jawi script, based on Arabic, is less commonly used these days. Malaysia switched from Jawi to romanised script in the 1950s when Indonesia did likewise. The Jawi alphabet will be familiar to Arabic readers, the only differences being the addition of six characters which are not found in Arabic such as the cha, va, pa, ga, nga, and nya sounds.

Want to learn some Bahasa Malaysia?

Although most Malaysians speak some English, and many are completely fluent, foreigners living in Malaysia should make an effort to pick up a bit of the local language.

Compared to some Asian languages it is not that hard and these days there are plenty of free online resources where you can obtain an introduction to the language.

One Malay conversation book on sale in all good bookshops contains useful phrases like this:

‘Can you brush your teeth while whistling?’