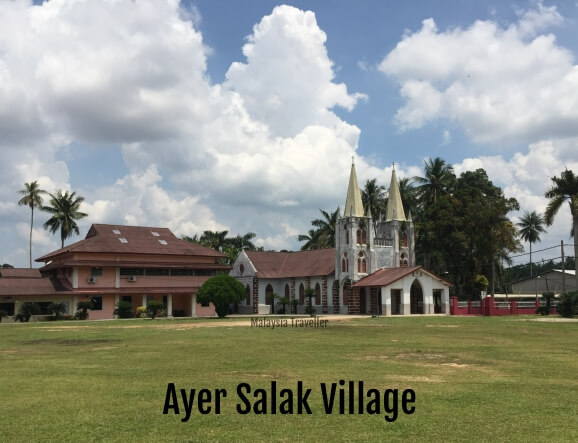 Ayer Salak Village is a niche tourist attraction particularly for those interested in the history of the Catholic Church in Malaysia.

I first heard about Kampung Ayer Salak when I was researching my page on St. Francis Xavier Church in Melaka. Buried in the crypt of that church are two French missionaries who were tasked with establishing a mission for the Mantra Orang Asli tribe. They were granted 400 hectares of land by the British at present day Ayer Salak for this purpose and they called their mission Maria Pindah. The priests' names were Fathers Thomas Bourlier and Charles Desbons. They died of malaria in 1855 and 1876 respectively. Another missionary, Ludovici Julil Calmel, continued their work. He died in 1899 and his tombstone can be found inside the old church at Ayer Salak.

They were unsuccessful in converting the Orang Asli who drifted back to their jungle huts preferring their own animist beliefs to the miraculous stories spread by these strange white men dressed in robes.

The church persisted and had more success in converting Chinese to Christianity. They built a pretty church here with twin spires and a school and their numbers were boosted in the 1920s by a community of Chinese Teochow Catholic families who migrated here from China.  Each family was allotted a few acres to farm and tap rubber by the church on condition that they kept up their faith. Their descendants, some 250 families, still make up the majority of the village's population.

What to See at Ayer Salak Village 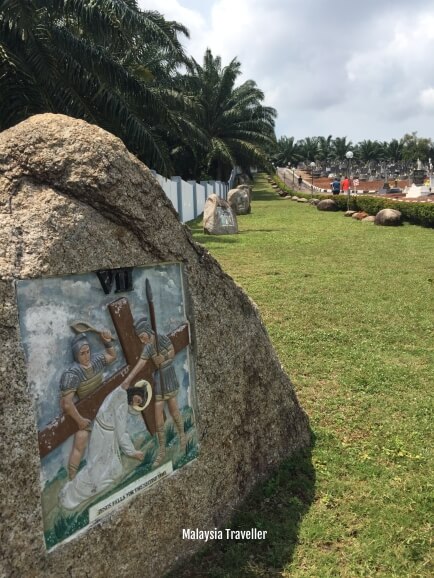 Stations of the Cross

A grass border next to the cemetery has a devotional walk, known as the Stations of the Cross, with boulders, each bearing a carved picture representing the 14 events of Jesus from his condemnation until his death. You can find a similar Way of the Cross at St. Anne's Church, Bukit Mertajam. 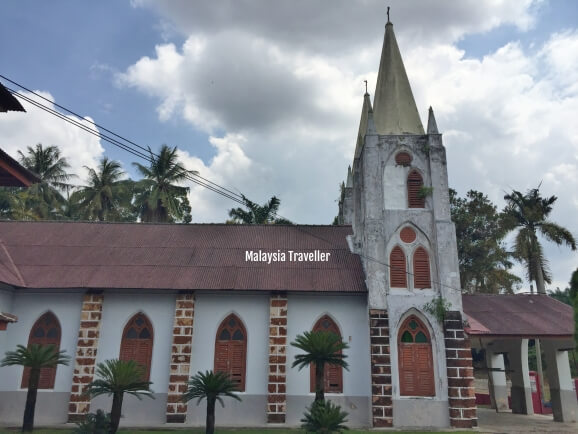 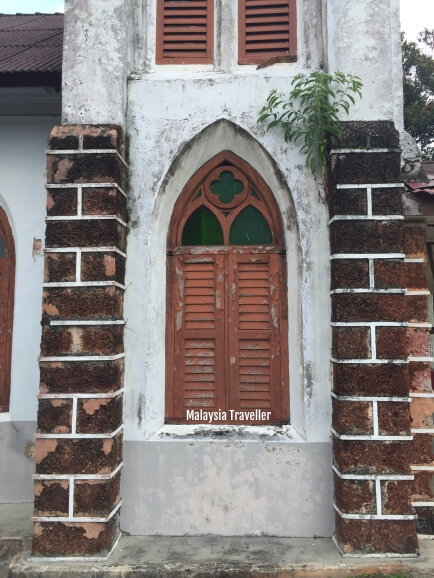 Built in 1848 the Old St. Mary's Church now serves as a multi-purpose hall. Its twin spires and stone pillars give an elegant European style appearance though it is showing its age and no doubt requires considerable ongoing maintenance. 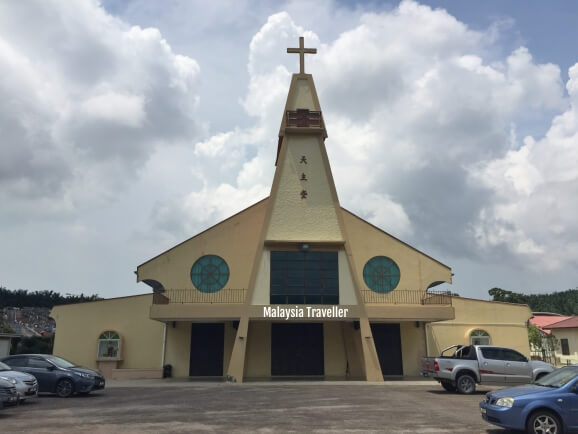 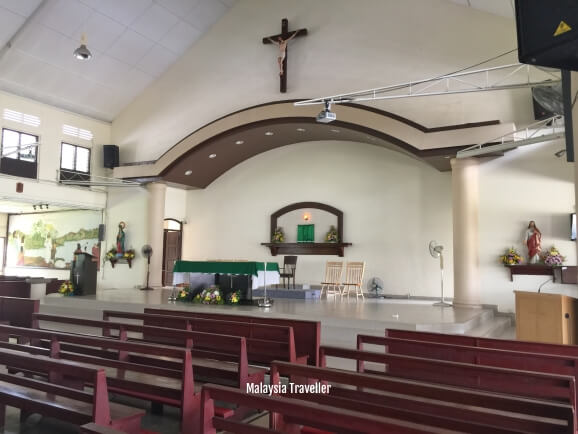 The 'new' St. Mary's Church, built in the 1970s, is not nearly as attractive but is large enough to accommodate the growing village population. 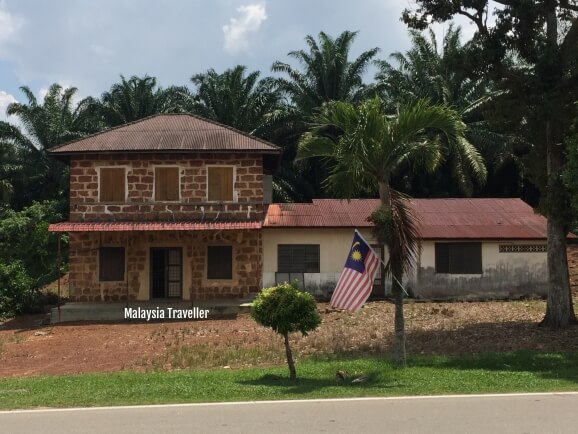 This solidly constructed stone house opposite the church may have been the home of the missionaries and possibly where they died of malaria. 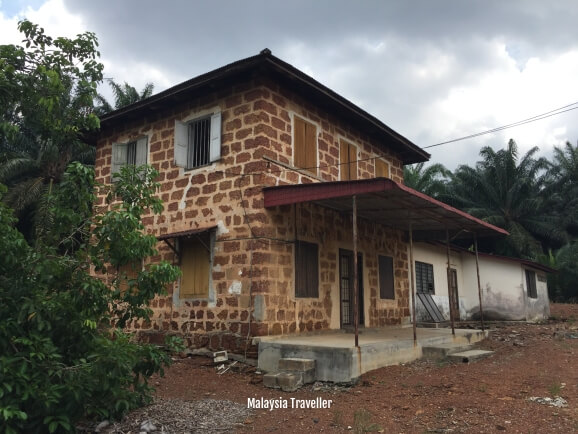 It is currently vacant. 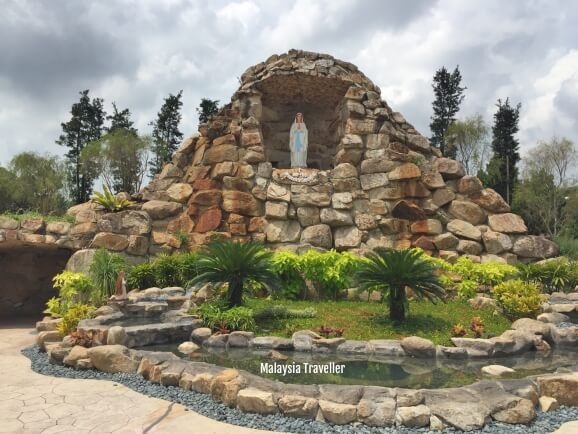 This year, 2018, the church is commemorating the 160th Anniversary of Our Lady of Lourdes since the day in 1858 when an apparition of the Virgin Mary is said to have appeared and spoken to a poor girl called Bernadette Soubirous in the grotto of Massabielle near Lourdes in Southern France. Whether you believe that or not, the resulting pilgrimage trade has certainly proved to be a good money spinner for the town of Lourdes!

If only Ayer Salak could have a similar miracle. It would do wonders for local tourism. 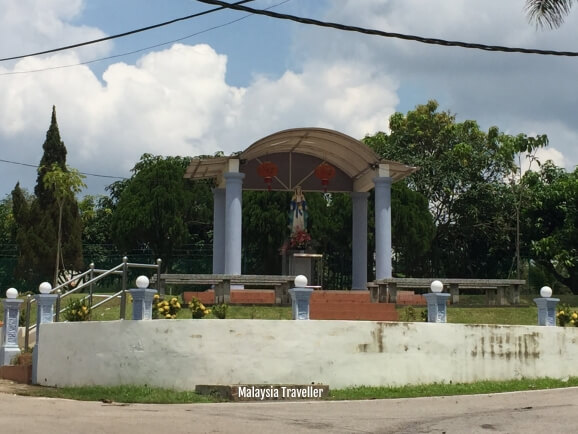 This Virgin statue in the heart of the village decorated with Chinese lanterns shows the strong Catholic Chinese character of the village. 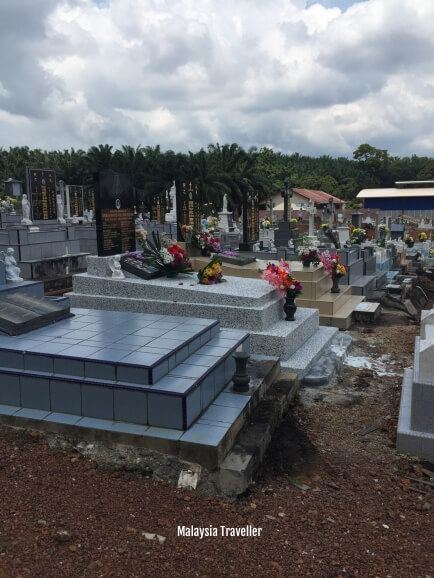 Behind the church is a large cemetery extending up the hillside. During my visit, locals were marking All Souls Day and a large number of people were laying flowers and candles on the graves of their relatives. 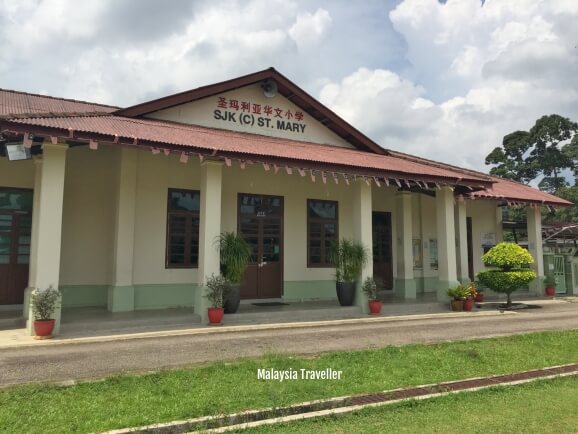 The village primary school, SJK (C) St. Mary, has some old buildings and newer additions. A poster outside reads 'A teacher is someone who sees each child as a unique person and encourages individual talents and strengths.' Quite right! 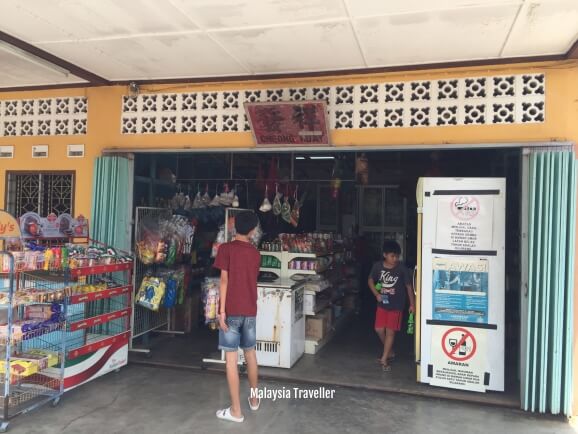 The Village Shop - Cheong Huat. The owner told me that the shop was 60 years old. 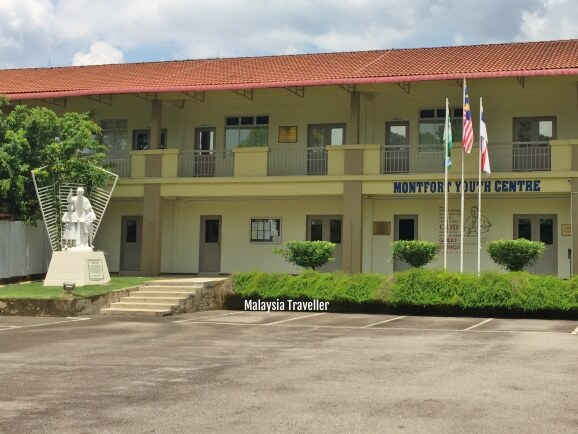 The Montfort Youth Centre is a residential vocational training school run by the church for youths aged 16-19. According to their website, their admission policy gives priority to 'the poorest among the poor'.  The Google Map below appears to show an airplane on their playing field though I could not see it from the road when I drove past. 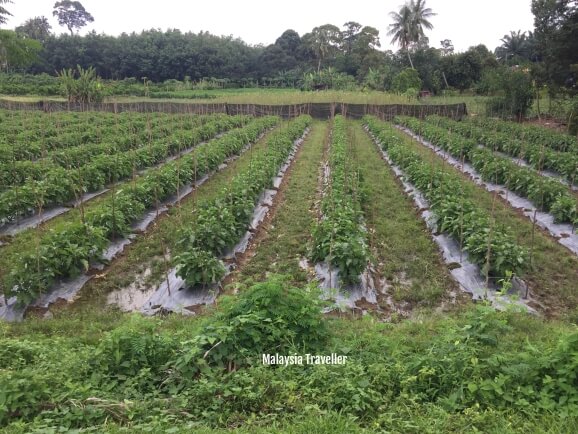 The villagers obviously maintain their fields in good condition. The atmosphere here is tranquil and relaxing.

How to Get to Ayer Salak Village

Ayer Salak village is located about 15km from downtown Melaka, near the industrial estate at Bukit Rambai. The exact location is marked on this map:

The address of the church is: