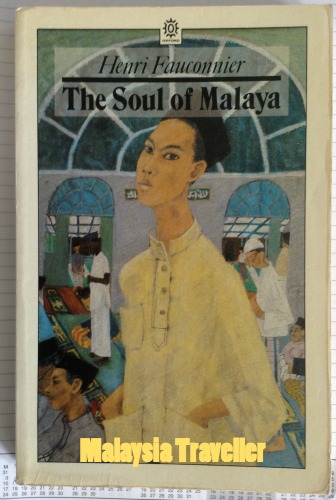 The word amok, as in the expression ‘running amok’ (or running amuck), is a Malay term. It is where a man (hardly ever a woman) harbours a hidden, brooding ill-feeling which suddenly erupts in a violent frenzy.

Psychologists have described the condition as a mental disorder and a rage reaction experienced by desperate people. It is not of course confined to the Malays, but is best known in this part of the world.

Henri Fauconnier in his book The Soul of Malaya describes the phenomenon well:

The weapon of choice for running amok is the traditional wavy-bladed Malaya dagger, the kris. Krises are often family heirlooms handed down from father to son. Some blades are believed to have supernatural powers.  A well made kris can be stood on its tip without falling over due to its superb balance and craftsmanship.

In the hands of a disturbed individual bent on suicidal self-destruction and feeling wronged by society, the kris provides the perfect weapon to seek revenge on mankind. However amok attacks can use other weapons besides krises. Perhaps the suicide bomber is a form of amok although this requires pre-meditation whereas true amok is more spontaneous. Could road rage be a modern and milder form of the condition? If so it is a more widespread mental disorder than we thought!